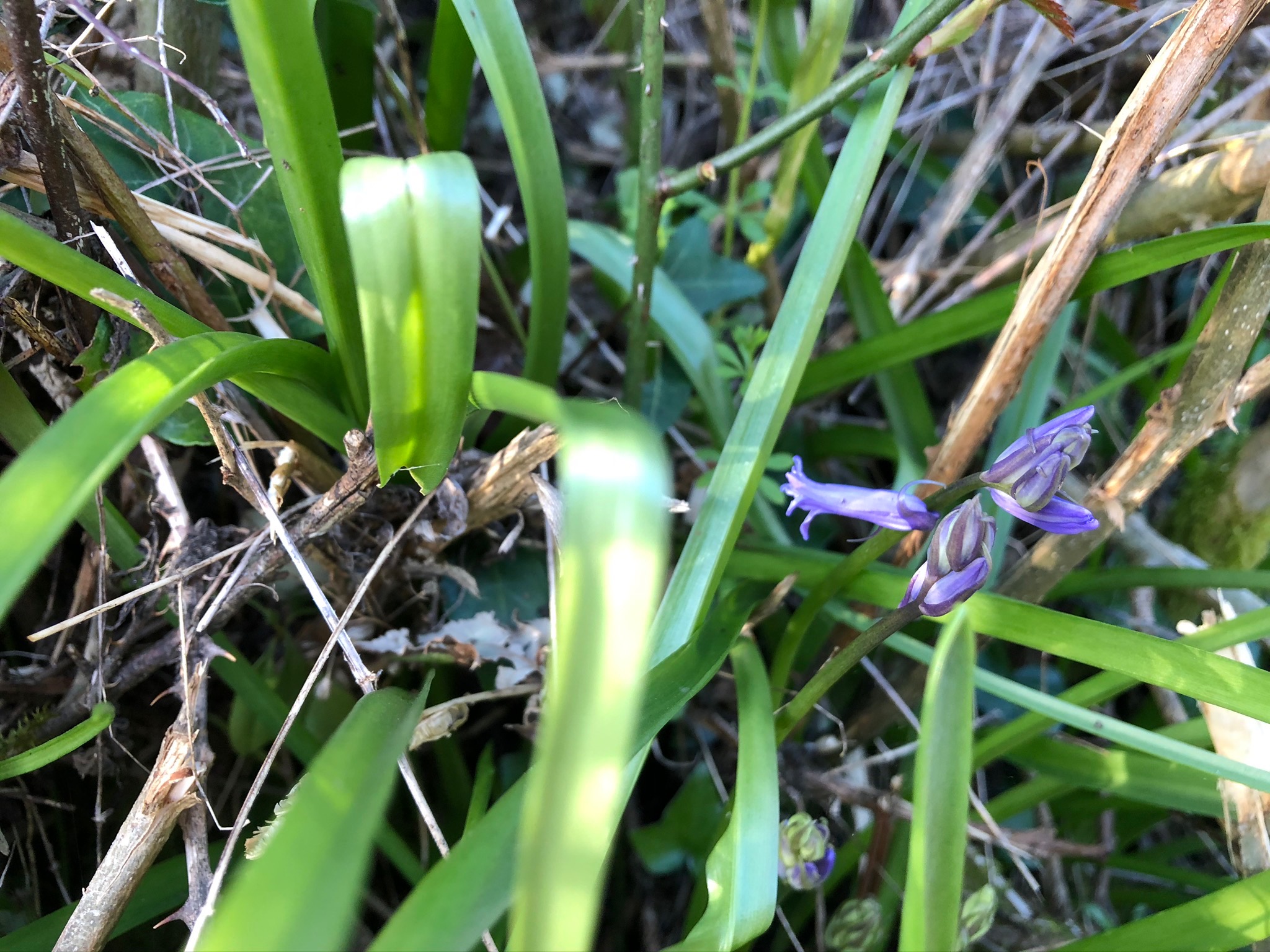 This is the best time of year for greggles. In a couple of weeks, millions of them will wash the woods an intoxicating violet-blue. But it’s now they are most poignant, when the first, sparse, flowers offer a promise of abundance to come.

“Greggles” was an old Dorset term for bluebells, used by Thomas Hardy in The Mayor of Casterbridge. As his young heroine ascends the social scale she learns to avoid dialect words, “those terrible marks of the beast to the truly genteel”, and call them “wild hyacinths” instead.

Bluebells (Hyacinthoides non-scripta) spend most of their time underground. The bulbs are self-burying, burrowing deep where the soil is soft. As they grow, the roots contract, hauling themselves down more than 10cm into the woodland floor.

Once a year, each plant sends up a few long pointed leaves to pierce the surface. In Dorset, these begin to appear in January, poking out of the mulch like bunches of green plastic straws. The smooth, slightly shiny leaves are triangular in section, with one side developing a folded groove. Despite their robust appearance, the plants are highly sensitive to crushing. Trample them and you damage their ability to photosynthesise, and they can take a long time to recover.

By mid-March, in sheltered places and sunny weather, they begin to lift flower stems, each tipped with a head of greeny-purple buds. Bluebells are part of the Asparagaceae family and it’s at this stage, when their (poisonous) ends look a little like asparagus spears, that the botanical relationship is clearest.

Another few days and the stems lengthen, the ends droop and the bells begin to hang in elongated drops, each on its own thin stalk. Crouch down close and you can catch a faint bloom of scent, the smell of spring being released from the earth.

Bluebells are rich in nectar and creamy-white pollen, which provides one of the best early food sources for insects. Bumblebees sometimes bite through the bottom of the flower in their hunger to reach the nectary.

This April, many of us will be starved of outdoor sweetness and will have to imagine the perfume and colour seeping through the woods.

First published in the Guardian Country Diary on 4 April 2020.