The hare line running from Dorset to East Anglia 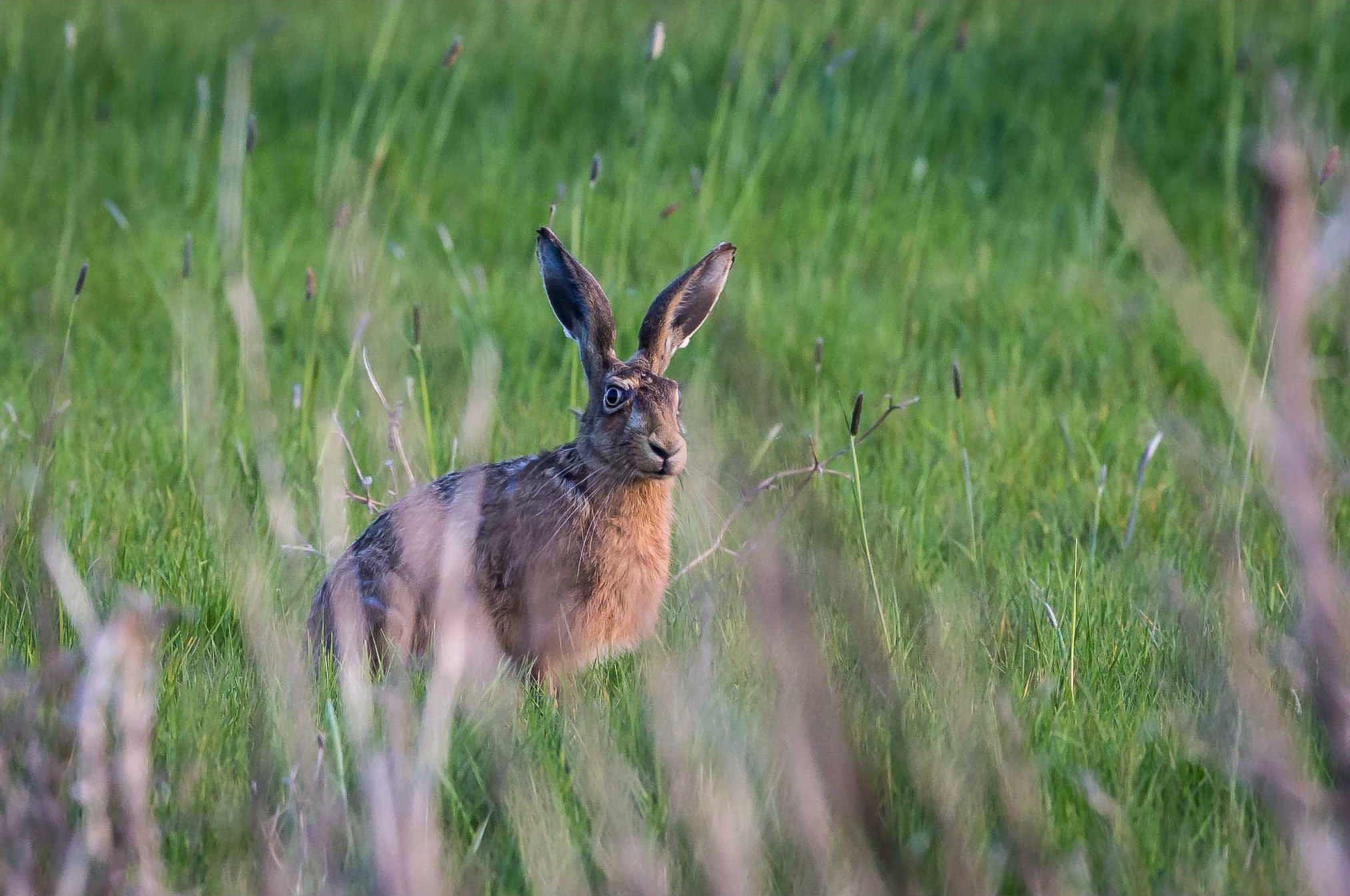 With a lollop and a flash of white tail, it was gone. This is the second brown hare I have seen in the last two weeks. The first was deep in a shadowy wood on the edge of East Anglia, where it was so dark that the animal appeared black. It sat up on its haunches watching me, long ears silhouetted against the dim light filtering through the trees.

The Dorset hare was in a wind-blown meadow where rough strips of grass have been left uncut to provide cover. It drew my eye by bolting along the hedge, hind legs pistoning, jinking as it ran. Normally they are almost invisible, until they move, and spend most of the daylight hours crouching in small depressions in the grass, known as forms.

Brown hares (Lepus europeaeus) came to Britain from across the North Sea during the iron age, more than 2,000 years ago. There is evidence that they were used for divinatory practices – most famously, the one that Boudicca kept in the folds of her cloak and released before battle as an augury. It was thought that the direction the hare ran indicated the course of victory.

While hare numbers are in decline nationally, they have been slowly increasing here in the vale. Changes in land management practices have created better habitats, especially as several farms have abandoned intensive dairy production and the relentless spring silage cutting that entails.

Disease is the main challenge now to these solitary nocturnal creatures. Hares across the UK have been dying from mysterious new viral illnesses, including a form of hepatitis more commonly found in rabbits. I saw the body of one victim last summer, hidden among tall, bitter clumps of artemisia, stretched out as if in full sprint. Professor Diana Bell at the University of East Anglia, based in the species’ regional stronghold, is currently investigating the causes of this mass die-off.

I walk on, pondering the invisible lines of species connection running from Dorset in the west to the black hare in the east on the edge of Boudicca’s territory, home to the research project that might help them survive this latest fight.