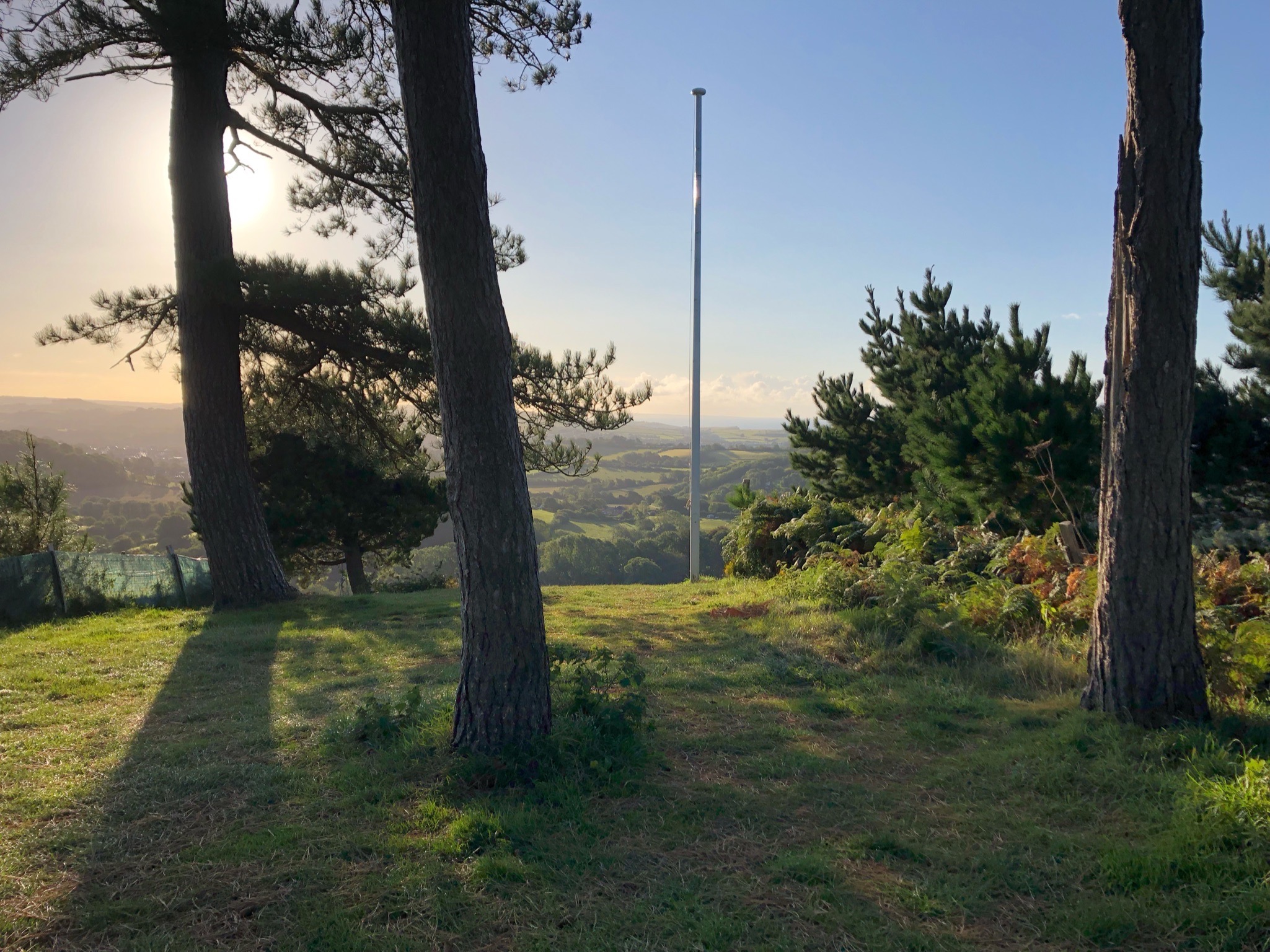 The low, green hills around Bridport enclose the town so closely that, as Thomas Hardy observed, “The shepherd on the east hill could shout out lambing intelligence to the shepherd on the west hill, over the intervening town chimneys.”

Stand by the town hall looking down West Street, and one hillock in particular draws the eye. The sandstone cone of Colmer’s Hill rises in the mid-distance, shawled in bracken and topped with a clump of pine trees, like sprigs of holly on a Christmas pudding. Over the years, it has become the town’s unofficial emblem, reproduced on everything from jam pots to websites. Named after the Rev John Colmer, a 19th-century landowner, the landmark is about a mile outside Bridport in the small, golden-stone village of Symondsbury.

There’s a path that goes up and over Colmer’s, which I take early on a crisp, russeting morning. Hardy’s sheep are here still – the grass is slippery with dew-wet droppings turned green by the autumn flush of grass. The bracken may be browning and crumpling, but nostalgic reminders of spring remain: a song thrush singing in the top of a holly tree, a chiffchaff calling, and wrens drilling their songs through the hedgerows.

Halfway up the hill’s steep north side, the Channel heaves into view, a mild denim blue infill where the cliffs dip to shingle at Eype’s Mouth.

The number of trees at the summit always surprises me. From afar, it looks like there are only four or five, but they are actually too numerous to count. Colmer’s was bare until 1918, when 21 Caledonian pines were planted in memory of local men who had died during the first world war. Then a few years ago the landowners added Monterey pine saplings. Today, the grove sighs sweet and resinous around a white flagpole and concrete trig point.

I pause to watch a shoal of swallows and house martins skim over the grass, picking off stumbling craneflies, their white bellies flashing silver in the sunshine as they swoop and turn.

Far below, children are racing around the school playground, wheeling in wide circles, shrieking and laughing. At three minutes to nine, a handbell rings and the day begins.

First published in The Guardian’s Country Diary column on 7 October 2021.