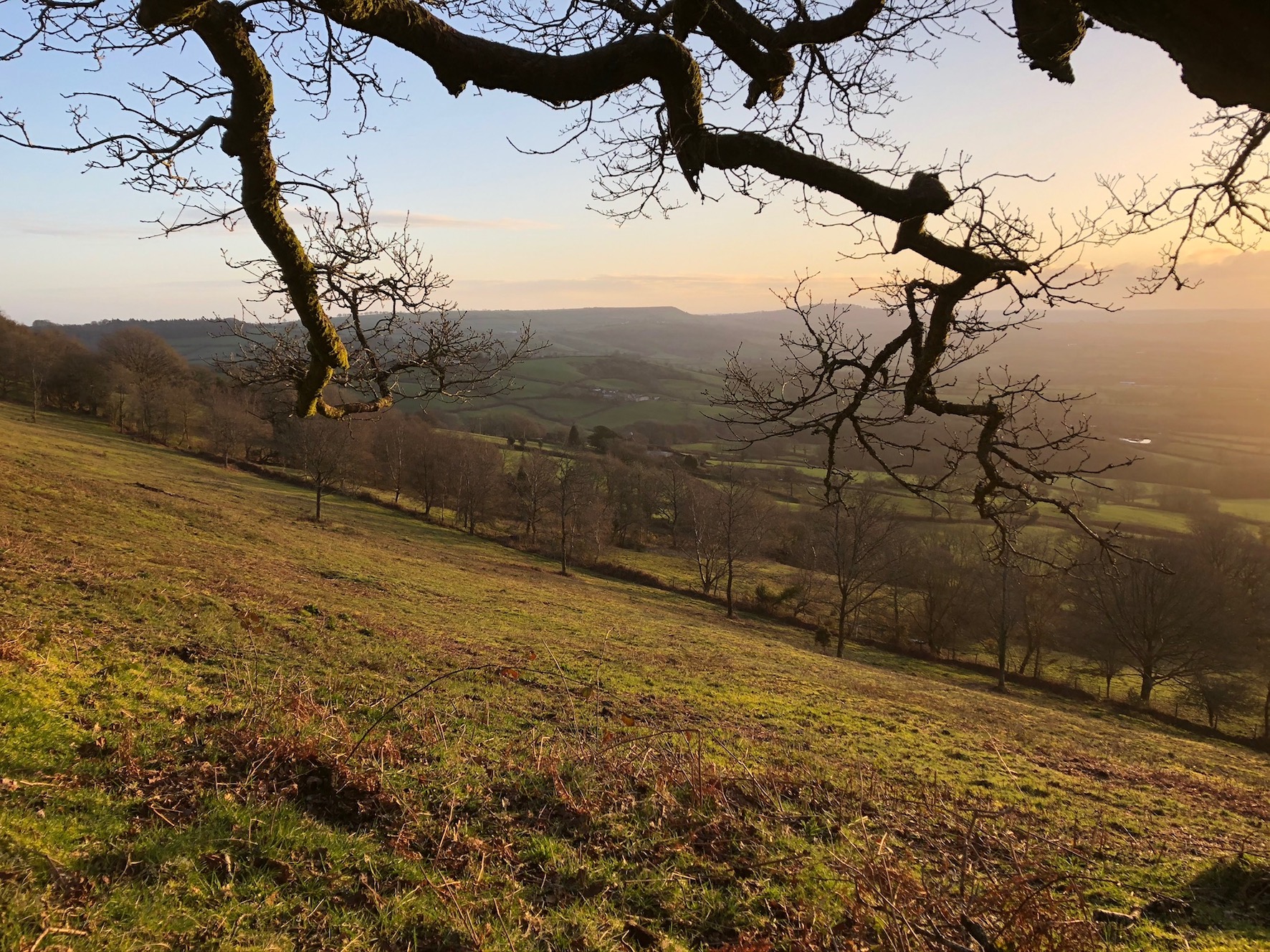 A raven greets me at the gateway, a tutelary spirit flying low overhead. I’m on the southern path, steep and stony, edged with castles of leggy gorse. As I climb, the sun rises rose-gold, netted in the twigs of an oak silhouetted on the ridge above.

This part of the hill is a mosaic of heath, grass, bracken and bramble, punctuated with mature pedunculate oaks and grazed by cattle. Last year the area was cut back in places to encourage bell heather. Now the cleared areas are studded with green rosettes of seedling foxgloves, ready to rocket upwards. By July they will have formed thickets of magenta tridents.

A greater spotted woodpecker drums insistently in the thread of woodland below, matched by the leaping laugh of a green woodpecker yaffling through the scrub. Nearby, a female yellowhammer (Emberiza citrinella) hops about the undergrowth while two males contend for a singing perch, their zinging canary-lemon heads matching the gorse flowers in brilliance.

Yellowhammers are surprisingly well camouflaged, despite their vivid plumage. They have a distinctive song, a fast, scissoring “che-che-che-che-che-and-wheeze” that the children’s author Enid Blyton popularised as “a little bit of bread and no cheese”.

About half the time, these two males either don’t mention cheese, or else they sing the final, long note so quietly and lightly that it becomes a faint, plaintive cry. This is because they are singing in Dorset dialect. Citizen science projects in Europe and New Zealand discovered that yellowhammers have slightly different ways of ending the song depending on their region. Females prefer males who share their dialect.

It’s a treat to hear them. Yellowhammers are one of several species to have vanished from most of the Marshwood Vale, largely due to farming practices. They need thick, sheltering hedges with untidy bases that provide plenty of cover. While the Vale has miles of ancient hedgerows, most are flailed twice a year, reducing them to neat but inhospitable sticks.

Lambert’s Castle is a designated site of special scientific interest, and managed accordingly. In the iron age it was a fort where people perhaps retreated in times of crisis. Now it’s providing a refuge for non-human species.