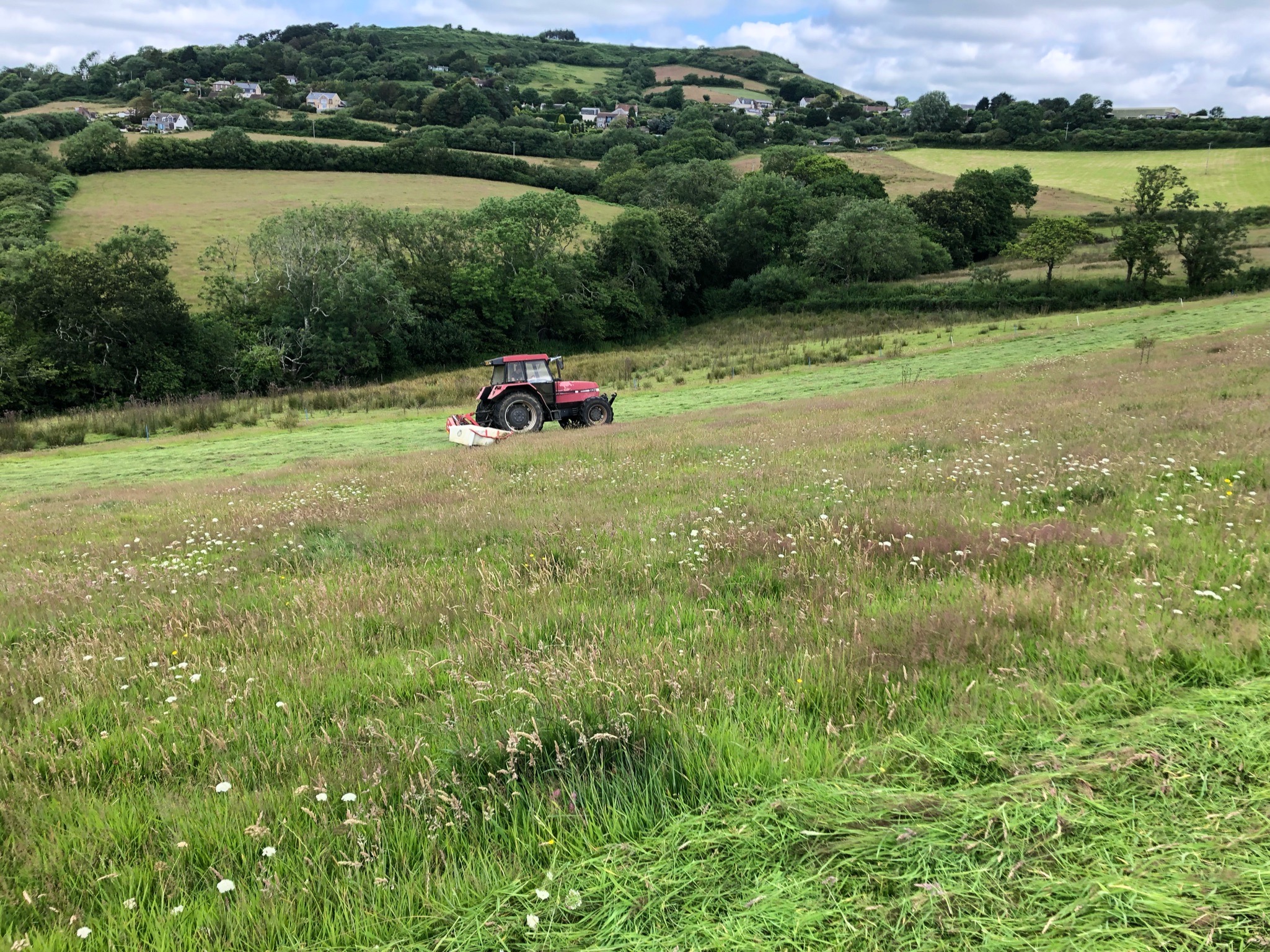 All through the heatwave the village smelled of new-mown hay. Its dry, sweet scent was strongest when the wilted stalks were being fluffed by the tedder, a machine with whirling tines that lifts and turns the cut swathes before baling.

This has been an exceptional year for haymaking, with some fields producing double the usual amount. A wet growing season and then a sustained hot spell have provided near-perfect conditions.

Hay is livestock farmer Tom Sneath’s most important crop. It provides winter fodder for his sheep and black and white belted Galloway beef cattle. Last year, they ate 700 of the big round bales and 1,000 small rectangular ones.

Tom is the fourth generation of his family to farm the damp, hilly pastures around Morcombelake. He rents nearly 200 acres, almost half of it from the National Trust. The land includes several protected sites of special scientific interest, some noted for brilliant autumn displays of coloured waxcap fungi. A few of the fields were once part of a conventional dairy farm. Under this previous regime, they were ploughed, reseeded, fertilised and sprayed with herbicide, reducing the variety of plants in favour of fast-growing “improved” grass species.

After five years of Tom’s chemical-free management, the fine-laced, creamy umbels of corky-fruited water dropwort sway beside branching sprays of yellow cat’s ear and clumps of purple knapweed. Tall marsh thistles with deep roots bring up minerals from far below the reach of a ploughshare.

Haymaking has helped the plants reappear. When Tom’s stock are overwintering in these particular fields, he feeds them bales made on “unimproved” pastures nearby. The animals spread their fodder all over the ground, shaking free the seed and trampling it into the mud. In spring, the seed grows and flowers, before being mown and the cycle begins again.

Tom has finished haymaking for this season. The brown shorn fields are already greening and the autumn flush of grass will soon be here. Tom plans to run some sheep there before the cattle return. Then it will be time to feed hay again. Breaking open the bales will release the fragrance of summer past, and the potential of summers to come.

First published in The Guardian’s Country Diary column on 5 August 2021.