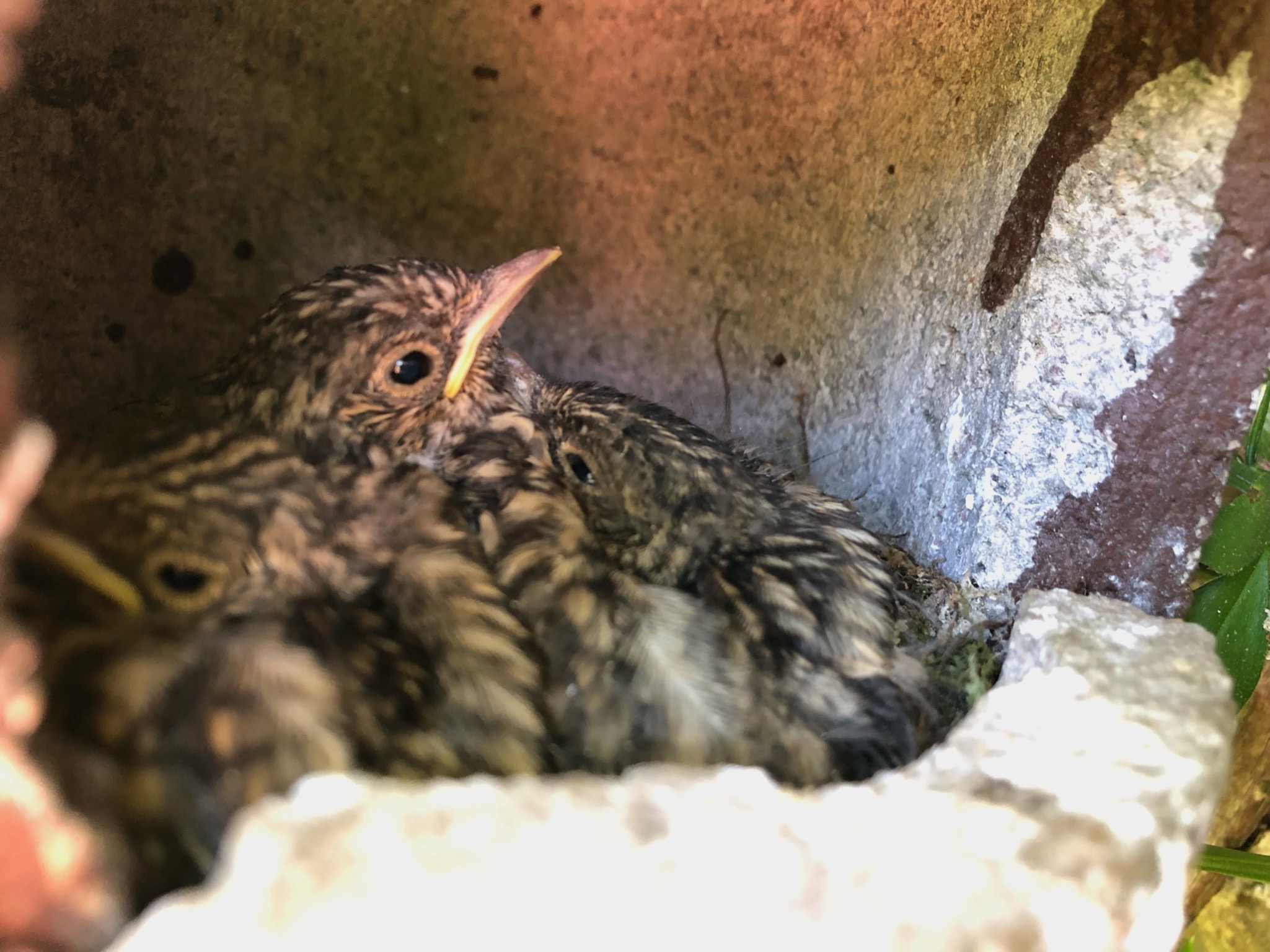 A bird twirls in midair and snatches an insect. Pale brown wing feathers fan against the light, tail spread to brake its onwards rush as its beak deftly tweezers a drifting midge. Then it flips downwards, diving into a nest hidden on the wall behind a cascade of pink roses.

Nothing has ever nested in our robin box, until now. I have put it in various places; on a hawthorn bush, by the woodpile and in an outbuilding, but robins seem to prefer their own choices. Last winter, out of whimsy, I hung it near the front door where a rose rambles.

In early June, I was amazed to see a bird inside, evidently brooding. Its head was elegantly striped, one line running horizontally from back to front, threading through the lustrous black bead of its eye. It was a spotted flycatcher, a species once common in UK parks and gardens. Numbers have plummeted by more than 89% over the last 40 years, propelling them on to the British Trust for Ornithology’s red list of conservation concern.

Spotted flycatchers are late migrants that generally appear long after swallows and swifts. They often reuse nests made by other species; the last time they bred in our garden they adapted an old chaffinch nest. An open-fronted robin box is ideal, providing a sheltered container for their hasty tangles of grass and moss.

This pair quickly adopted strategic perching points around the edge of our lawn. There they waited, sitting in a characteristically upright posture, watching for prey. When they spied a suitable insect, they sallied forth and grabbed it – their Latin name, Muscicapa striata, roughly translates as “striped fly-seizer”. There seems to be plenty to eat here because they catch something every few minutes, returning to a perch and checking for danger before carrying the morsel back to their young.

A few days ago I took a stepladder, climbed the wall and peered cautiously inside the nest box. It was crammed with a gorgeous puffle of spotted feathers, which resolved into three gaping chicks, almost ready to leave. I hope they fledge safely and the parents raise a second brood before migrating in August.

Originally published in The Guardian’s Country Diary column on 1 July 2021.