If it be in the Dusk: Thomas Hardy’s dewfall-hawk 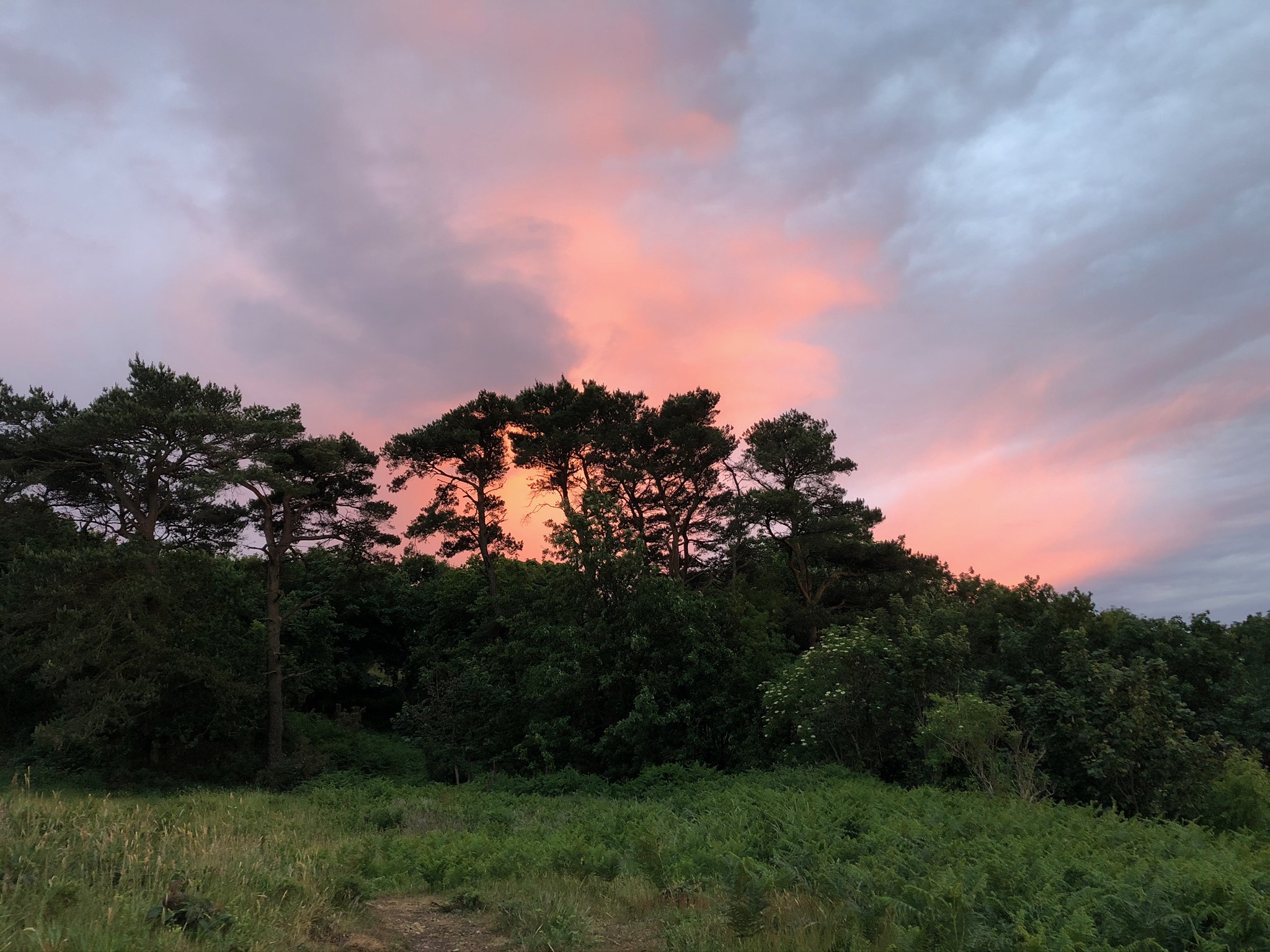 This video of nightjars is a response to Thomas Hardy’s poem ‘Afterwards’, made for the Land Lines project. For two weeks from 15-27 May 2020 I observed a pair of nightjars at dusk in Dorset.

I’d been told that it was too early in the year to see them at this place, so on my first visit I went expecting nothing. I heard the male churring as soon as I arrived. I first realised there was a female as well on the second night – not on the hill but back at home when I reviewed the footage. There she was, flickering silently in and out of the shots as the male sang.

I began watching in the last week of a waning moon, when the moon wasn’t visible at all because it hadn’t risen at the time I was on the hill. This made it very dark but I could see Venus, brilliant in the west. I made the timelapse during this first week and you can see Venus descending in the top right-hand corner. It’s there again later in the shot of the mobile phone mast.

Phases of the moon

The new moon was first visible at twilight on 25 May. On 26 May I got the shots of the crescent moon, with Gemini to the right. It was setting to the right of the phone mast that the nightjars use as a singing perch. When I began filming it was cold – the temperature dropped to around 7C while I was out there. So I wore lots of layers, a scarf and my dark wool coat. The evenings got warmer over the two weeks; my last night of filming on 27 May it was 15C on the hill at 11pm and windless and I was down to a light hoodie.

All the nights were dry, too dry really as the earth was parched. The dewfall was a scanty blessing for the plants and animals. In the last couple of days up there, I noticed an increase in crows and and rooks.

That last evening was incredible. The waxing moon was strong enough to throw a faint shadow and the birds engaged in their mating flight. You can see them both briefly in the clip towards the end of the film. You can also hear them wing clapping and calling to each other.

You’ll need to whack the sound up high to get the most out of this film – all the sound was recorded on my iPhone, so it’s a bit soft. But I was really pleased to get samples of the main noises that you might hear when listening to nightjars. That odd sound over the timelapse is the male warbling, then there’s lots of his churring, plus the wingclaps and qweeps they both make when displaying and calling to each other.

One sound I haven’t got is the hiss they make when directly threatened or touched – but of course that’s because I took great care to be unobtrusive and not threaten them in any way.

The bell you can hear at the end is the church clock of St Candida, down the hill in Whitchurch Canonicorum. This was recorded on the hill, not added in afterwards, though I have to admit it wasn’t recorded next to the phone mast.

The video was filmed on a standard iPhone 8 and a Panasonic GX8. I used the full auto settings on the GX8 but as it got darker, I gradually opened the aperture manually. I did tweak some of the exposure and colour balance afterwards when editing, but not all of it and less than you might think.

It was a magic experience – thank you to the Land Lines project for the commission. And of course thank you Thomas Hardy, in whose footsteps all who write about Dorset must walk.

This piece was created for Nightjar Nights week, an online event developed in collaboration with The Leeds Library. It forms part of the ‘Land Lines: Tracks, Traces and Trails’ project, which aims to make the invisible visible and reveal hidden nature through artistic engagement initiatives, connecting people to our natural world. The project is a partnership between The University of Leeds and Natural England and is funded by the Arts and Humanities Research Council. For more information about Land Lines, and for Nightjar Nights content, please visit the website: https://landlinesproject.wordpress.com/