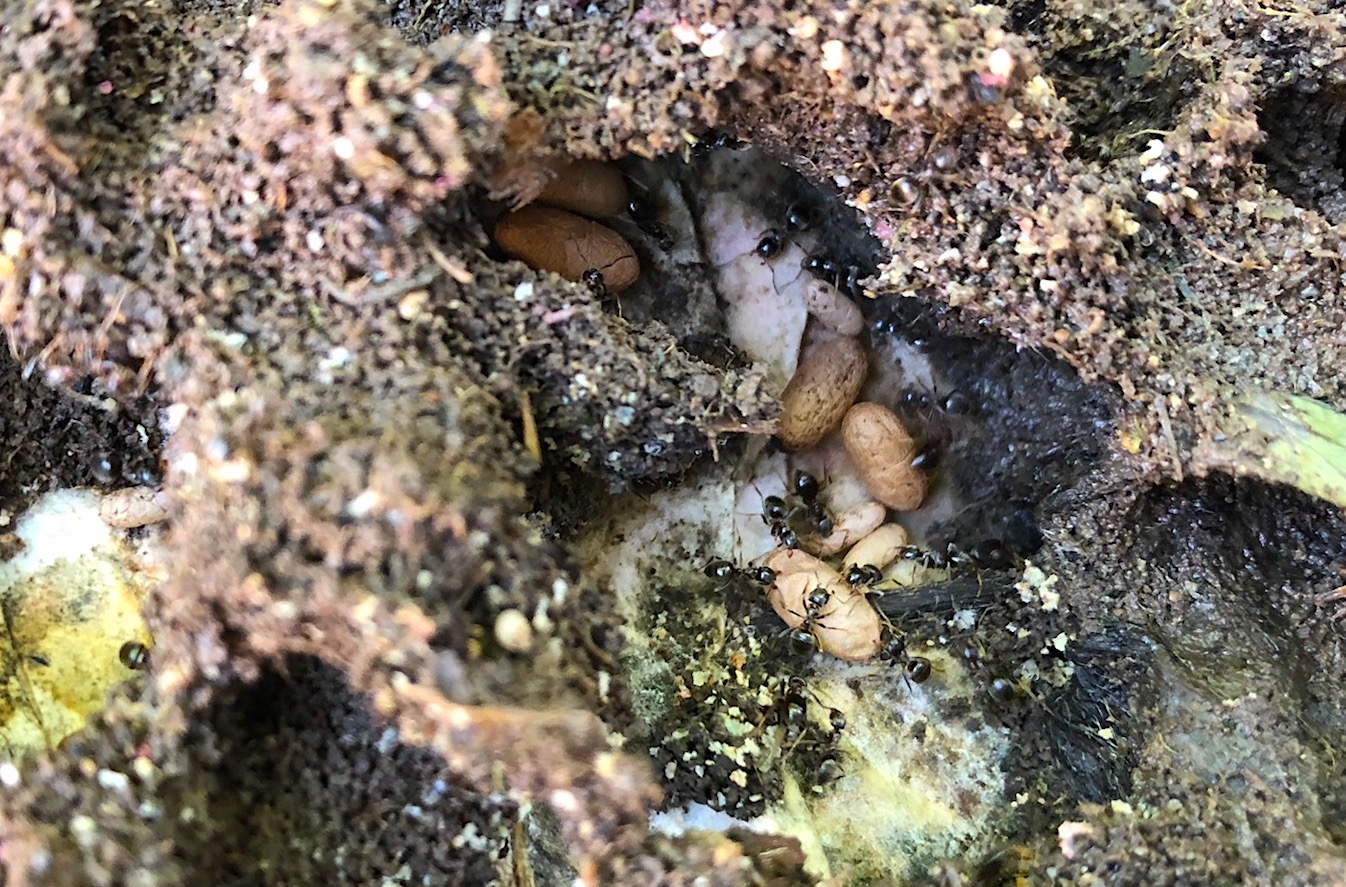 In only 48 hours, ants took over one of our new compost bins. Lifting the lid to chuck in some wilted celery stumps, I saw them seething over what looked like a heap of nude baked beans.

They weren’t baked beans but pupae, wrapped in beige silk. The larvae of black garden ants (Lasius niger) are one of several ant species that spin cocoons to pupate. It is thought that the casing protects against lethal fungal infections.

Disturbed by this sudden uncovering, scurrying workers began to drag the pupae into the many tunnels they had built. When I looked later, the “beans” had all gone.

Although it seemed as if the ants arrived suddenly from nowhere, there must have been a small nest in the ground nearby. Black garden ants favour dry places that are warmed by the sun. They often build under stones or paving slabs that will heat up during the day and act like storage heaters at night.

Colonies are adept at managing temperatures inside the nest. They form mounds of excavated soil granules, pieced with tunnels that absorb heat and aerate the chambers within. Workers move eggs, larvae and pupae so that the brood has the right degree of warmth. During the day, they carry it to the upper levels. As the air cools at nightfall, they take it deeper into the nest.

Queens live up to 30 years

These are one of the commonest UK ant species. Workers can survive for four years or more, while queens last between 15 and 30 years – an astonishing lifespan for any insect. In comparison, honeybee queens, which are long-lived for bees, last five years at most.

The compost colony is small at present, probably a few hundred workers – a large nest would have nearer 10,000. There’s not much room in the bin and, as the summer goes on, the workers may decide to tunnel back under the path nearby.

Eventually, the whole colony might move nest. If this happens, the workers will pull and push the reluctant queen, encouraging her to totter to her new home through safe underground passages – a cosseted celebrity being escorted backstage by her security staff.

First published in the Guardian’s Country Diary column on 6 June 2020.