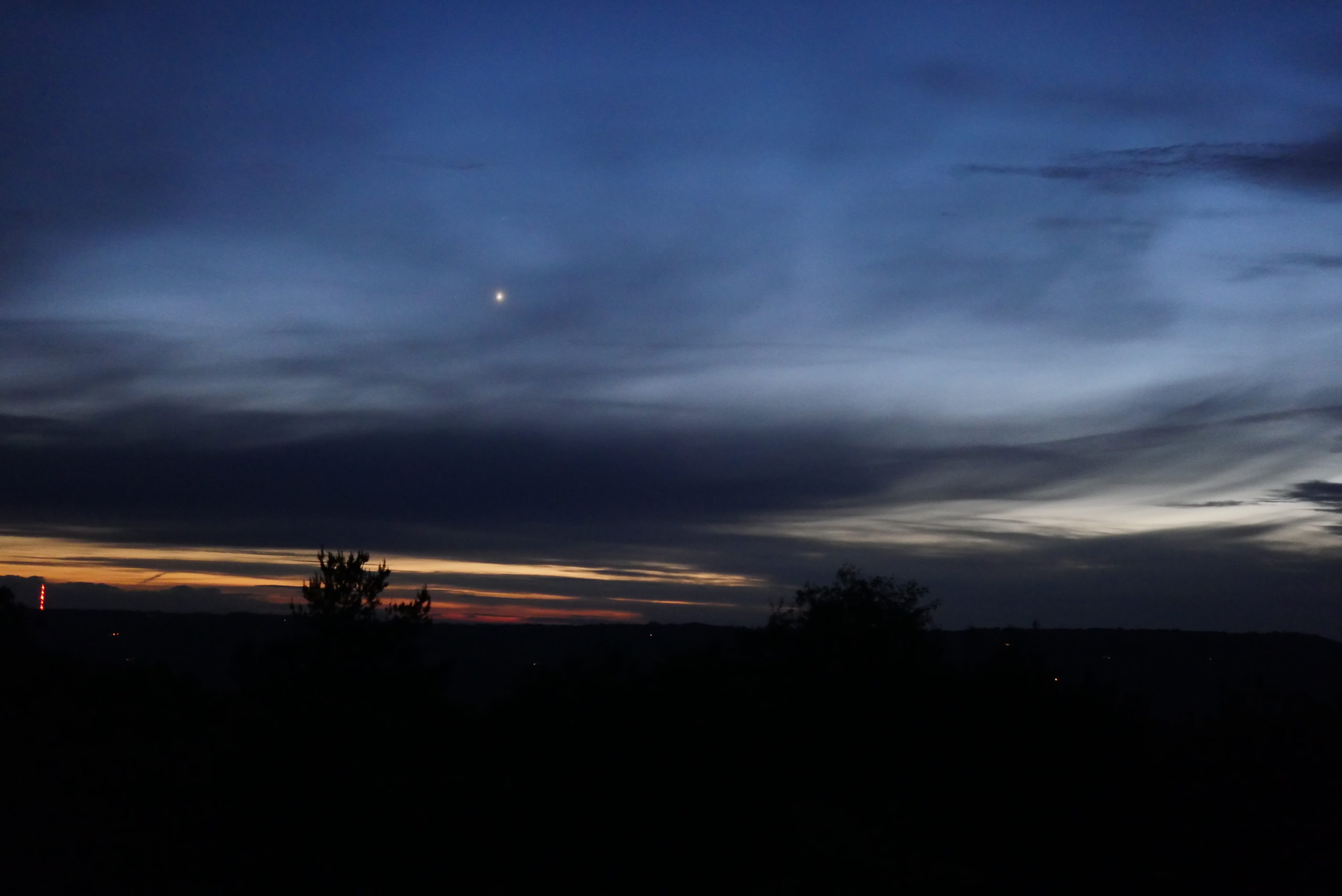 I spent the last two weeks in May this year observing nightjars on a nearby Dorset hill. Standing quietly on the heath while dusk fell, I waited to hear their thrilling, eerie song.

These were moonless nights, marked by Venus appearing low in the west at about the time the nightjars woke. The male would churr and the female glide at head height, hunting moths.

I was there because I’d been commissioned to write a piece for Nightjar Nights by English Nature and the Land Lines project at the University of Leeds. Before lockdown, the event was going to be one night of reading and performance at the Leeds Library. When that had to be abandoned, the project morphed into an online event. I wanted to find a way to make my contribution more than words on a screen, so I decided to take some photos and make a video if I could.

The result was two complementary bits of work – a written piece called Crossing the Shades and a two-minute video called If it be in the Dusk. If you are a literary sort, you’ll know that both titles are from lines in Thomas Hardy’s late poem, ‘Afterwards’. There’s a stanza about what Hardy calls the “dewfall-hawk”, ie the nightjar, which I’ve always found extremely moving and evocative. My video and written piece are about nightjars, but they are also a response to Hardy’s poem and his relationship with wildlife in rural Dorset.

Nightjar Nights begin on Monday 8 June and run until Saturday 13. My pieces are available for free from Wednesday 10 June.

The Nights begin with The Nightjar Creation Myth by Anita Roy, followed by Romantic Nightjars by Dr David Higgins, University of Leeds, Nightjars at Humberhead Peatlands by Tim Kohler, Natural England, Creative Nightjars by children at Hatfield Woodhouse Primary School and a reading by Stephen Moss from his book The Twelve Birds of Christmas.

All the works will be freely accessible from the Land Lines homepage (https://landlinesproject.wordpress.com) from their specific launch dates. You’ll be able to click on individual images linked on the homepage to access the creative works.