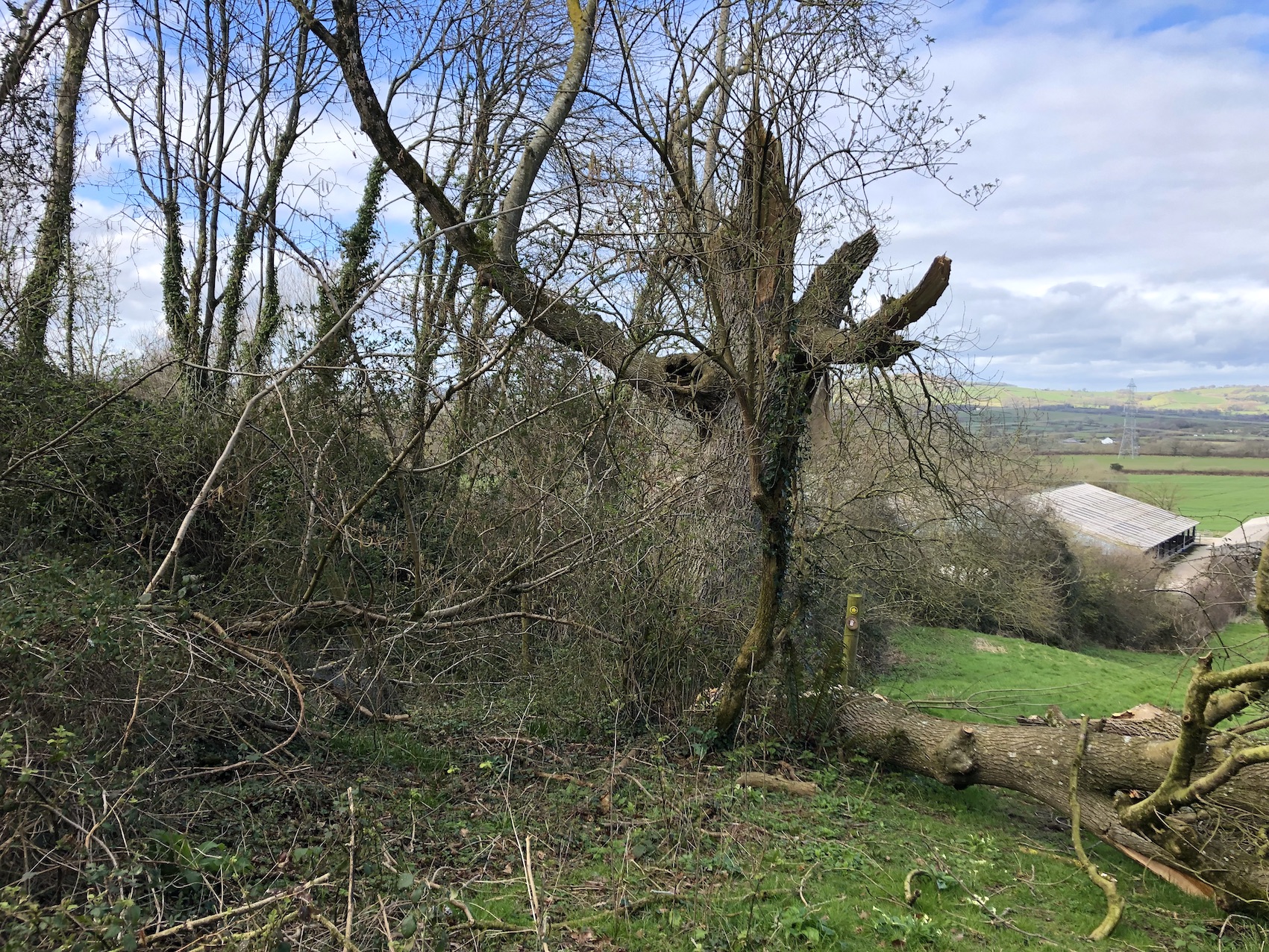 Soon after the first chiffchaffs arrived, I visited one of the most secret places in Dorset. It was a lost lane, overgrown with a hedge the width of a cottage, on a “half-moon of low rabbit-cropped hills” overlooking the Marshwood Vale.

Here, in Geoffrey Household’s 1939 thriller Rogue Male, a political assassin goes to ground after failing to kill Hitler. Hunted like an animal, he digs into the bank of a sunken trackway, burrowing into the soft, sandy foxmould (a type of sandstone) to create a cramped den beneath a patch of bramble and sloe.

Household gives a detailed description of the location, but most readers have presumed it to be an imaginative mix of local features rather than an actual place. Or it has been suggested that it was one of the nearby holloways, paths worn deep into the landscape by generations of packhorses carrying goods inland from the sea.

For 30 years I had assumed likewise. I was startled when a friend who knows the area intimately said that they had researched old maps and found the specific lane. They offered to take me there.

Our mission began in the hamlet of Lower Denhay, a cluster of stone and thatch buildings lodged at the base of a steep hill. We took a footpath up to the ridge, passing through a small wood where the ground was splashed with clumps of wild primrose, yellow-green beside the slick, buttery gold of celandines.

The hideout was about halfway up, hard to spot under a swamping blanket of what Household calls “sentinel thorns”. Part of the original bank had eroded, its only trace a bump on the trunk of a veteran ash marking the original soil level. You might, as the hero intended, walk past and not realise it was there.

Peering into the tangle of bare stems and dead wood, I saw old lines of barbed wire and a corrugated plastic sheet, green with algae. The area beyond would make a claustrophobic refuge, exactly as Household described.

I was convinced this was the site that inspired Household, a corner so damp and dark that, as he wrote, “nobody but an adventurous child” – or someone in fear of their life – would explore it.

The friend who did this research has produced a small booklet containing the details. Those interested in finding out more may inquire at the excellent, tiny, secondhand bookshop by the Cobb in Lyme Regis (not the bookshops in Broad Street, but the one in Marine Parade).