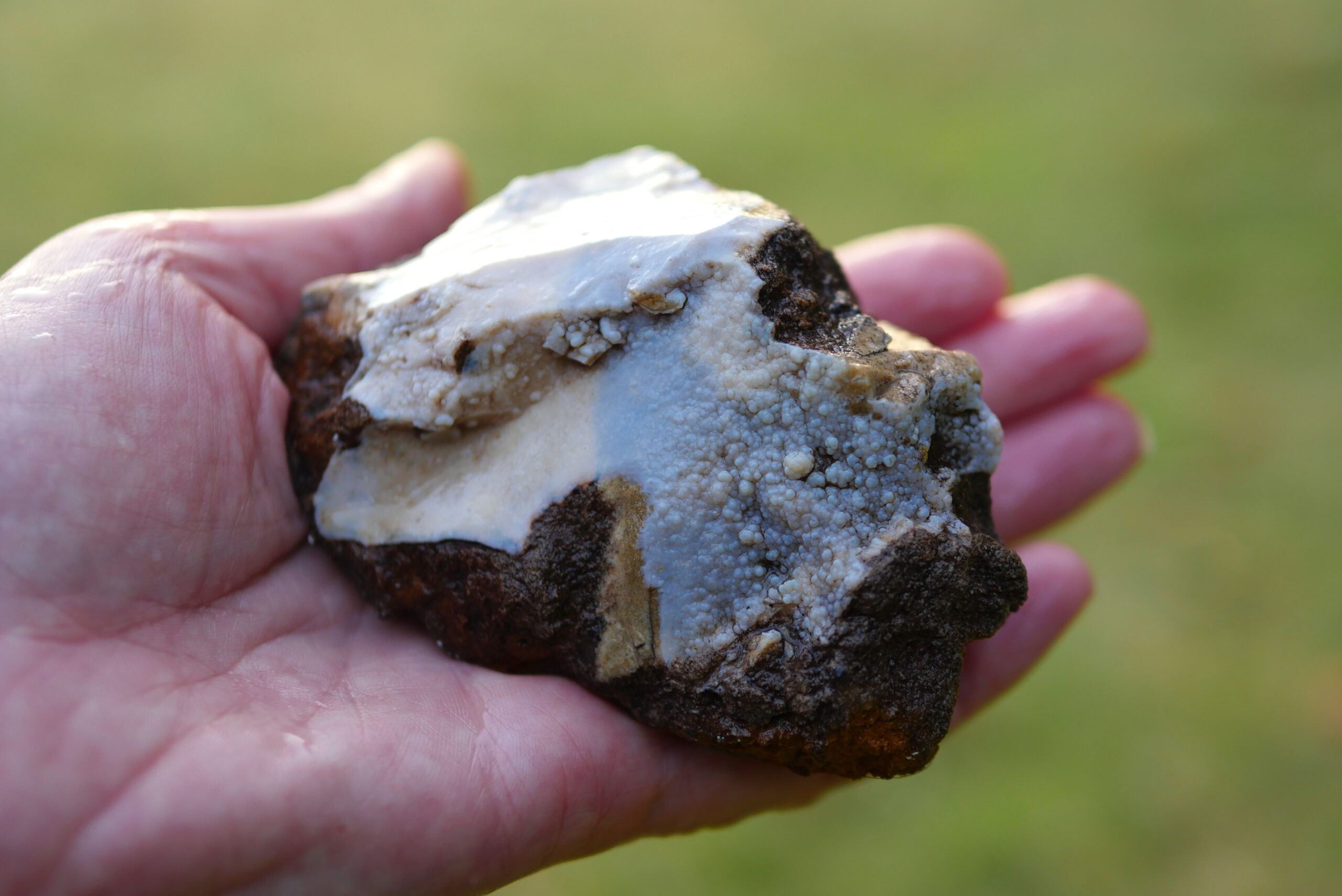 The chunks of rock looked as if they had been splashed with blue and pink paint. I picked one up, ready to be outraged by vandalism, and found that the colours were natural. Even more perplexing, those stones had never seemed so vivid on my previous visits.

It was raining and I had not seen the stones so wet before. The water had turned them semi-translucent and the bright inner hues of the rock showed through.

The piece in my hand was dark iron-brown with fawn incursions. One side was iced with a thin, whitish layer of rock – this was the substance I had mistaken for paint. Smooth in places, on the folds it bubbled into warty nodules like frozen toad skin. It looked biological, more like a banded nugget of hoof or horn.

It was indeed made from animals. In the Cretaceous period, about 100m years ago, this part of Dorset was covered by a warm, shallow sea whirling with tiny creatures. When they died, their bodies dissolved, crystallised and compacted, eventually forming a type of flint called chert.

Hardown Hill was renowned for its chert and the hilltop is pitted with old quarries. Bigger lumps, known as cobs were dug out with picks and shovels, and split to give them flat sides suitable for building.

Splitting was a dangerous process: chert sparks when struck with steel – it was used for this purpose in flintlock guns – and it fractures into razor shards. The quarrymen wore wire goggles to protect their eyes, and wrapped the cobs in wet sacks before gripping them with a three-clawed iron bar and thumping them with a long-handled hammer.

Smaller stones, “hoggin”, were used for road mending, and huge quantities of rock and gravel were removed. Old engravings show the western end of the hill rising to a steep peak that was later quarried out, leaving a cratered hollow.

Today the disused workings are overgrown with heath and scrub, a valuable habitat for birds, mammals and a few secretive adders. The first nightjar of the year arrived recently, a female, flipping through the dusk in search of moths, waiting for her mate.

First published in The Guardian’s Country Diary column on 5 May 2022.