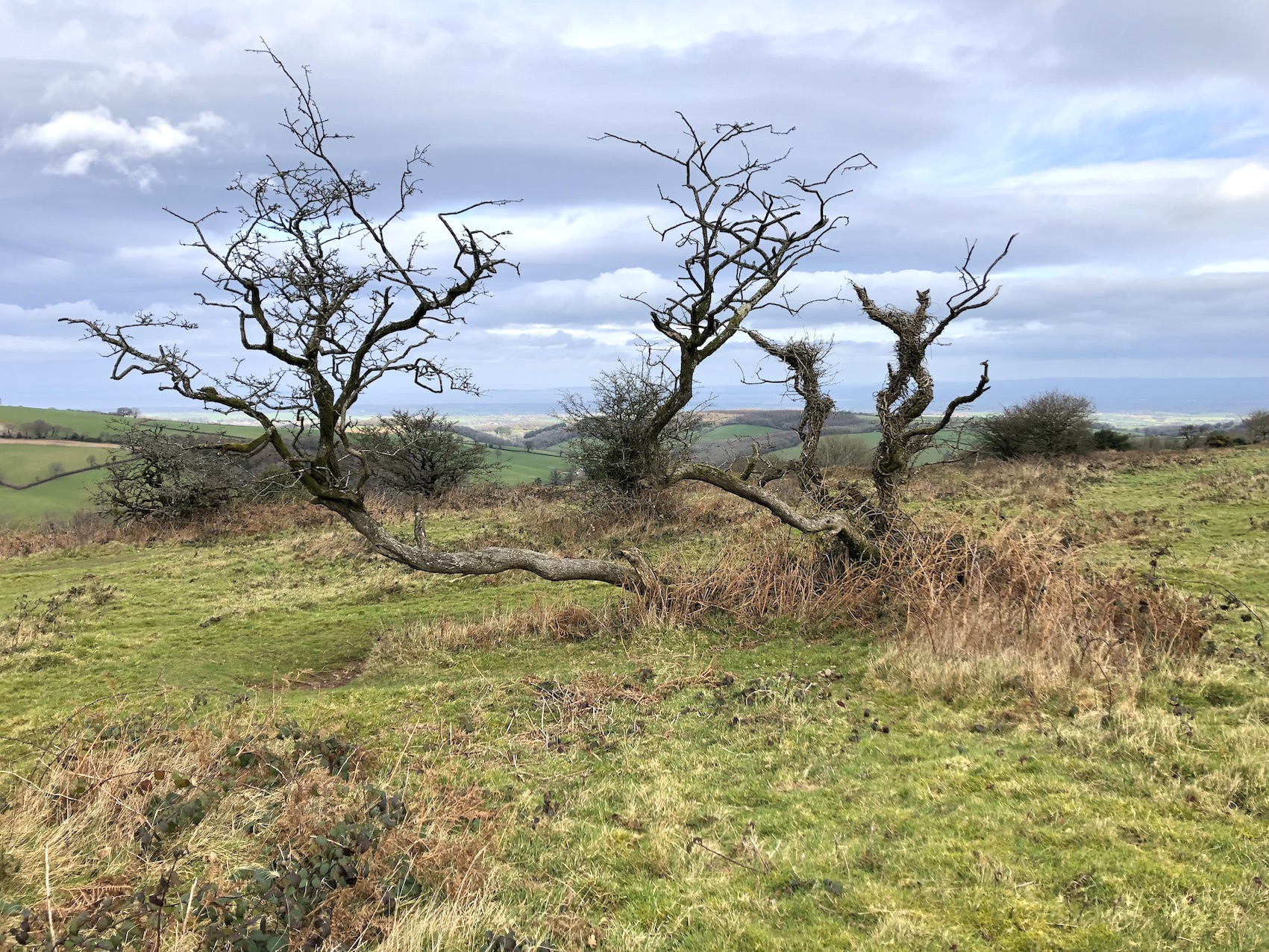 All the winds of the west gather at the summit of Cothelstone Hill. To the east, cloud shadows chase gleams of light across the Somerset Levels to Glastonbury Tor. North lies the leaden silver of the Bristol Channel, punctuated by the islands of Flat Holm and Steep Holm. West is Exmoor, bulking dark against the sky. Looking south, it would be possible to see coast to coast to the Channel were it not for the long blade of the Blackdown Hills that lies between the seas like a sword.

Cothelstone is not the highest point on the Quantocks. That distinction belongs to Will’s Neck, the heath-covered ridge nearby. But it is the most dramatic, and its stupendous views have attracted people for millennia.

In the 18th century, a landowner, Lady Hillsborough, built an ornamental tower “for the purpose of prospect” and planted three rings of beech trees. The fierce storm of 1919 destroyed the tower, but the most famous of the tree-rings, the Seven Sisters, still stands as a landmark on the horizon, visible for miles.

Lady Hillsborough was not the first – or last – to shape the hill. Her tower stood atop a bronze-age barrow, and she planted the Seven Sisters on the wide, flat platform of a disc barrow.

The summit is exhilarating, but busy with dog walkers. Time to seek the mossy quiet of St Agnes Well further down the hill, a place of falling water and robin song. Here, a spring rises inside a squat wellhouse of pinky-grey stone, seeps out under a diminutive oak door and flows clear into a tiny basin.

The well was said to be a place of divination where lovers could see their future. Locals avoided drinking from it because it was haunted by pixies – qualms not shared by the modern sheep in the neighbouring pasture. When I visited, the gate had been left open and the ground was pocked with hoofmarks showing where they had crowded in for refreshment.

First published in The Guardian’s Country Diary on 3 March 2022.