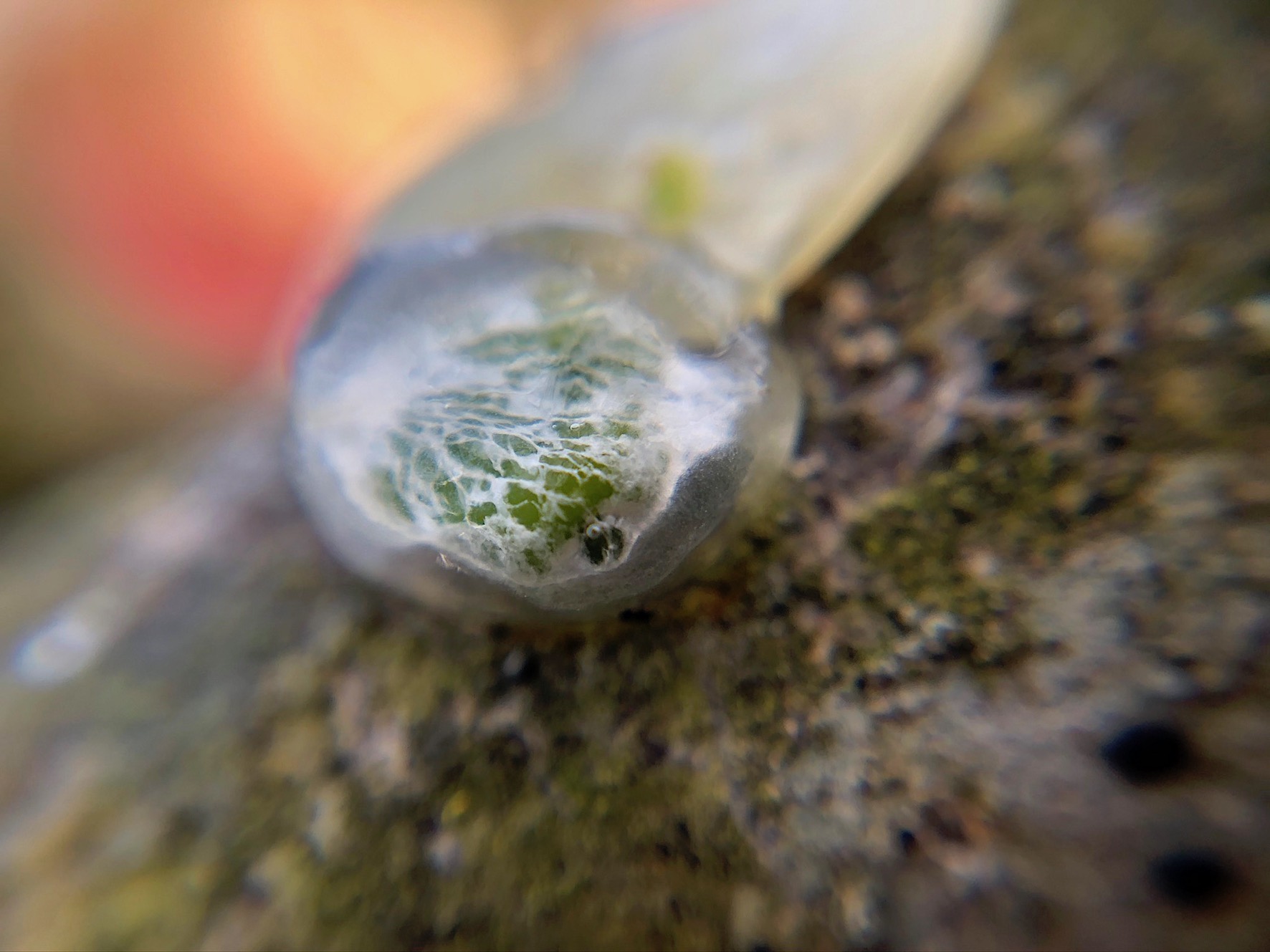 It was a shock to see green where I thought all had failed. There it was – a tiny wishbone with a pair of propeller-shaped leaf blades reaching up and out towards the sun. The first shoot of a new mistletoe plant.

Mistletoe (Viscum album) takes a long time to establish. Four Christmases ago, I saved some berries to ripen, a handful of rubbery moon pearls salvaged from the darkest days of winter. They need light or they die, so I put them in a jam jar next to the spider-webbed window of the garden shed.

Mistletoe berries are technically drupes: a kernel within a shell encased in flesh beneath a skin, like cherries or plums. The skin is filled with jelly, inside which floats the seed, a flattish green heart netted in silver membrane. Pop one and the gel spurts out, smelling faintly of ripe pears. When birds eat mistletoe they wipe their sticky beaks on the tree, gluing seeds to its bark.

On a sunny day three Februarys ago, I squashed the ripe berries on to an apple tree branch. That March, crooked shoots emerged. They were like bent pins, folding downwards towards the wood. Summer came and I forgot about them.

When mistletoe germinates it produces a stem, which bends down and forms a sucker on the wood. This holdfast sends roots running underneath the bark, producing a swelling of woody tissue, a meld of tree and mistletoe, through which the mistletoe sucks nutrients. I didn’t realise that from the outside there might be nothing to see at this stage.

Buying mistletoe later that year, I checked to see how long it would be before I had homegrown kisses to hang. But the branch was bare, so I assumed the seeds had died. Clearing under the tree the next spring, I was amazed to discover new sproutings.

Two years on from then, those sprigs have formed three determined, seaweedy clumps. Mistletoe plants are either male or female and both sexes are needed for the females to produce berries. I won’t know until they flower what I’ve got. Whatever the outcome, plant and tree are married now and will never be separated.

First published in the Guardian Country Diary on 12 February 2020.