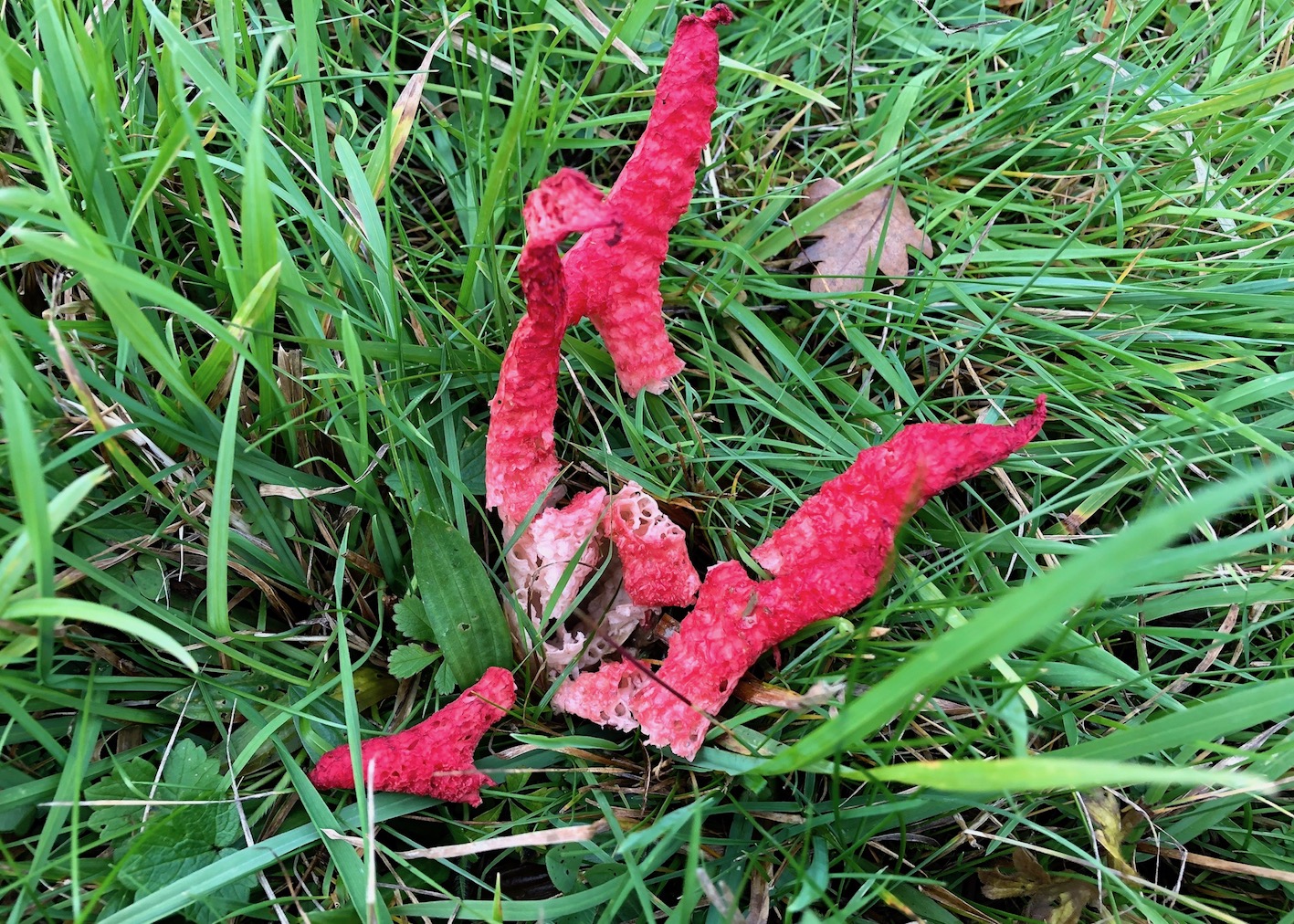 Norway’s volunteer mushroom inspectors must be able to identify 150 species and pass a rigorous practical exam. Their purpose is to check wild fungi gathered by the public; if they find a single poisonous specimen in your basket, they will tell you to throw the whole haul away.

Long Litt Woon’s The Way Through the Woods is a thoughtful meditation on bereavement in which fungi emerge as her unlikely saviours after her husband’s unexpected death: “As the world of mushrooms opened up to me, I began to see that the path back to life was easier than I had thought … All I had to do was follow the mushroom trail”. The way is marked with seeming absurdity; Long decides to become an inspector despite “giggling the first time I heard the term ‘certified mushroom professional’”. It is as if her loss compels her to be vigilant against harm to others.

“Can you eat it, or will it kill me?” is the first question most of us ask when presented with a weird toadstool. We assume there is a clear line between the two. But Long is “shocked and intrigued” to find in the course of her studies that “it’s not as simple as all that”: although “experts all over the world are in agreement as far as the truly deadly fungi are concerned, many species evidently fall into a grey zone”. Views of risk vary from country to country, even among those that share a similar culture. Long notes that the amethyst deceiver (Laccaria amethystine) is “eaten in Norway but considered inedible by the Swedes, who believe it contains arsenic”. Foragers in the UK, meanwhile, agree that this beautiful purple mushroom is both edible and tasty, but warn that as it has a poisonous lookalike – the lilac fibrecap (Inocybe geophylla var. lilacina) – it is best avoided. “Whether a mushroom is edible or toxic is not merely a question of which actual poison it contains, but [of] what the national attitude is to different potential toxins”, Long observes.

Her work as an anthropologist gives her a useful perspective on how culture shapes human behaviour. In the nineteenth century, ordinary Norwegians saw wild fungi as unfit for human consumption, but “elsewhere in the world the poor … gathered, ate and sold mushrooms”. Later, the Norwegian “fashionable elite”, who had “eaten mushrooms on their travels … in elegant restaurants and at grand society gatherings … brought this sophisticated gastronomic habit home with them”. Attitudes changed gradually; until the 1970s, cultivated mushrooms were still regarded as “fancy food” and “the sort of things people eat in hotels”. Women’s magazines recommended using tinned mushrooms to “perk up a meal”.

The Way Through the Woods is full of intriguing detail. In confronting “the death that lurks in the forest”, Long unearths surprising delicacies for the mind as well as the palate.

By the way, the fungus in the photo is devil’s fingers (Clathrus archeri), also know as octopus stinkhorn. Yes, it stinks! I found this one in a meadow near where I live. The dogs thought it had an exquisite smell and wanted to roll on it. Devil’s fingers is an alien species from the Southern Hemisphere. It is thought to have been introduced to Europe with various war supplies, or possibly with wool, in about 1914. It’s not exactly poisonous, but you wouldn’t want to eat it.