Ghostly hoofprints in the mist at Lambert’s Castle 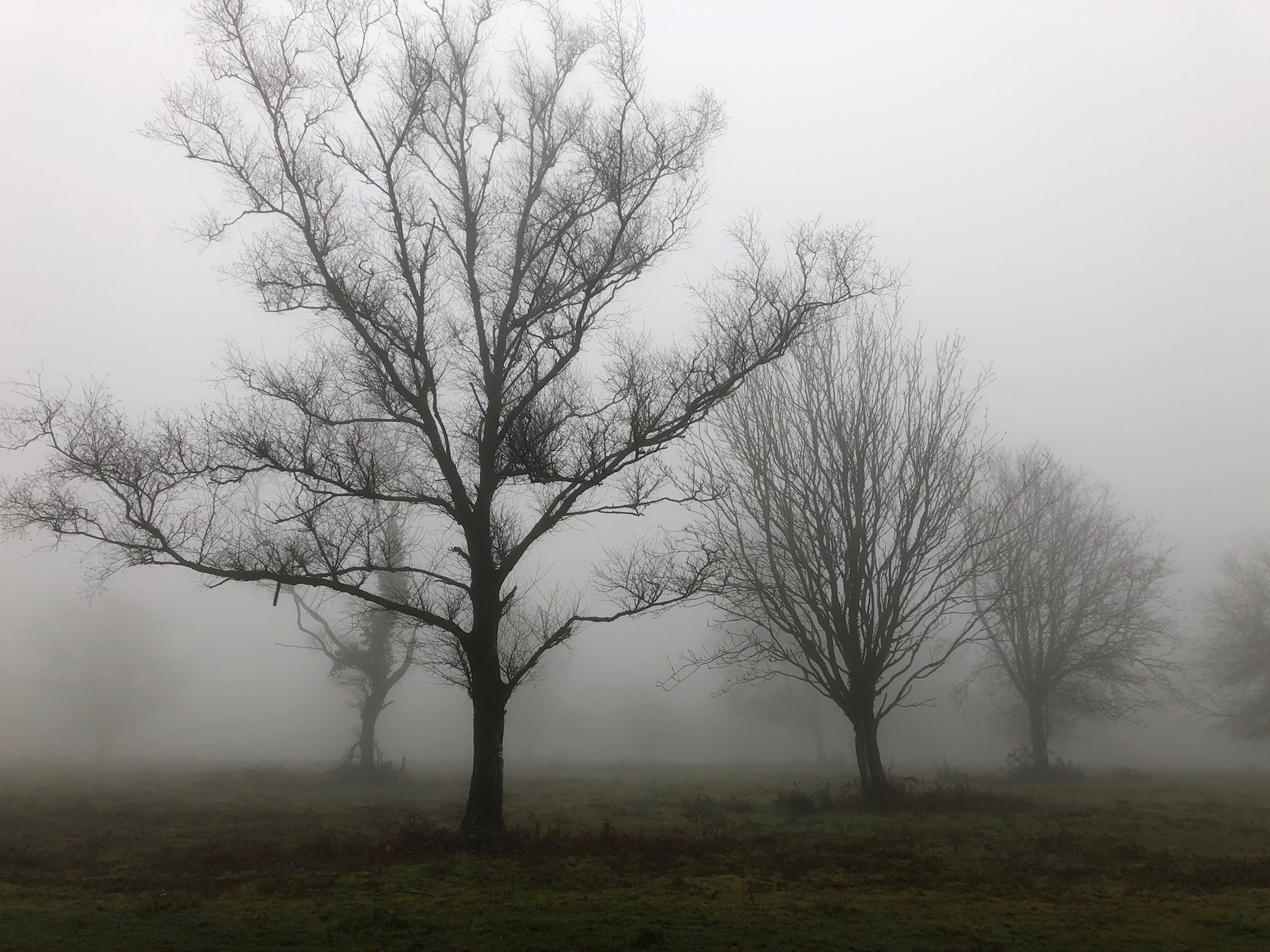 On a clear day, the views from the hillfort at Lambert’s Castle are so far-reaching that it once hosted an optical telegraph station. During the Napoleonic wars it was part of a chain relaying news from Plymouth to the Admiralty Office in London.

But I visit on a day when the place is smothered in pearl-grey cloud and visibility is less than 20 metres. Dripping trees loom and dissolve, rubbing their bare, black branches in the wind. Some birches sport witches’ brooms: malformed clusters of thin twigs like crazy nests of backcombed hair. These virescences are a type of gall, caused by the Taphrina betulina fungus.

The modern world is shut off by mist and it’s easy to imagine the past. Nearly 3,000 years ago the hillfort marked the border between the iron age Durotriges tribes to the east and the Dumnonii to the west.

From medieval times until the 1950s, the hill was the site of a livestock fair, held twice a year, at midsummer and in September. The highlight was the horse racing on the second day; prizes for the 1845 meeting included “a splendid silver cup” and a purse of sovereigns.

By the 20th century, however, the contest had become a rougher lark. Many jockeys rode ponies without saddles, and skulduggery was part of the game. There were tales of substitute horses hidden behind gorse bushes and riders swapping halfway round the course.

The racing and the fair finally ended in 1953, when the National Trust acquired the land, though there is a bridleway across the site and riders sometimes enjoy a canter across the mossy grass.

The racecourse is still there, a faint, unassuming track almost three-quarters of a mile long, marked with occasional white posts. It’s not clear how old it is. Local legend links it to the first-century Roman cavalry that was garrisoned five miles away at Waddon Hill.

Walking the course in the mist, I think of all those generations of horses, white-eyed with excitement, flinging themselves over the grass.

I look down and there, on a soft stretch, are the prints of a single horse, galloping north.

First published by the Guardian’s Country Diary column on 20 January 2020.

And then the ghost of a real horse appeared!

After this piece was published in the Guardian, I had an email from a reader in Hampshire. She told me about a horse called Marcus, who was owned by her husband’s grandfather, Hugh Gundry Flambert.

The story is that the race was a dead heat. Gundry (as he was known) was offered either the prize money, £5(?), or the cup.  He chose the cup and it was inscribed in honour of Marcus.

In 1912 the family moved to Hampshire, but an aunt who was born in Hampshire in 1916 could remember Marcus as a very old horse. He must have been much loved to have moved house with them. I wonder what he looked like? I imagine him as a dark bay horse, a typical hunter-type, about 15.2hh, by a racehorse sire out of a workhorse dam.

The family have asked not to be identified too closely, but say that one day they might consider giving the cup to Bridport Museum. Here it is below: