Sawmill provides shelter from the storm 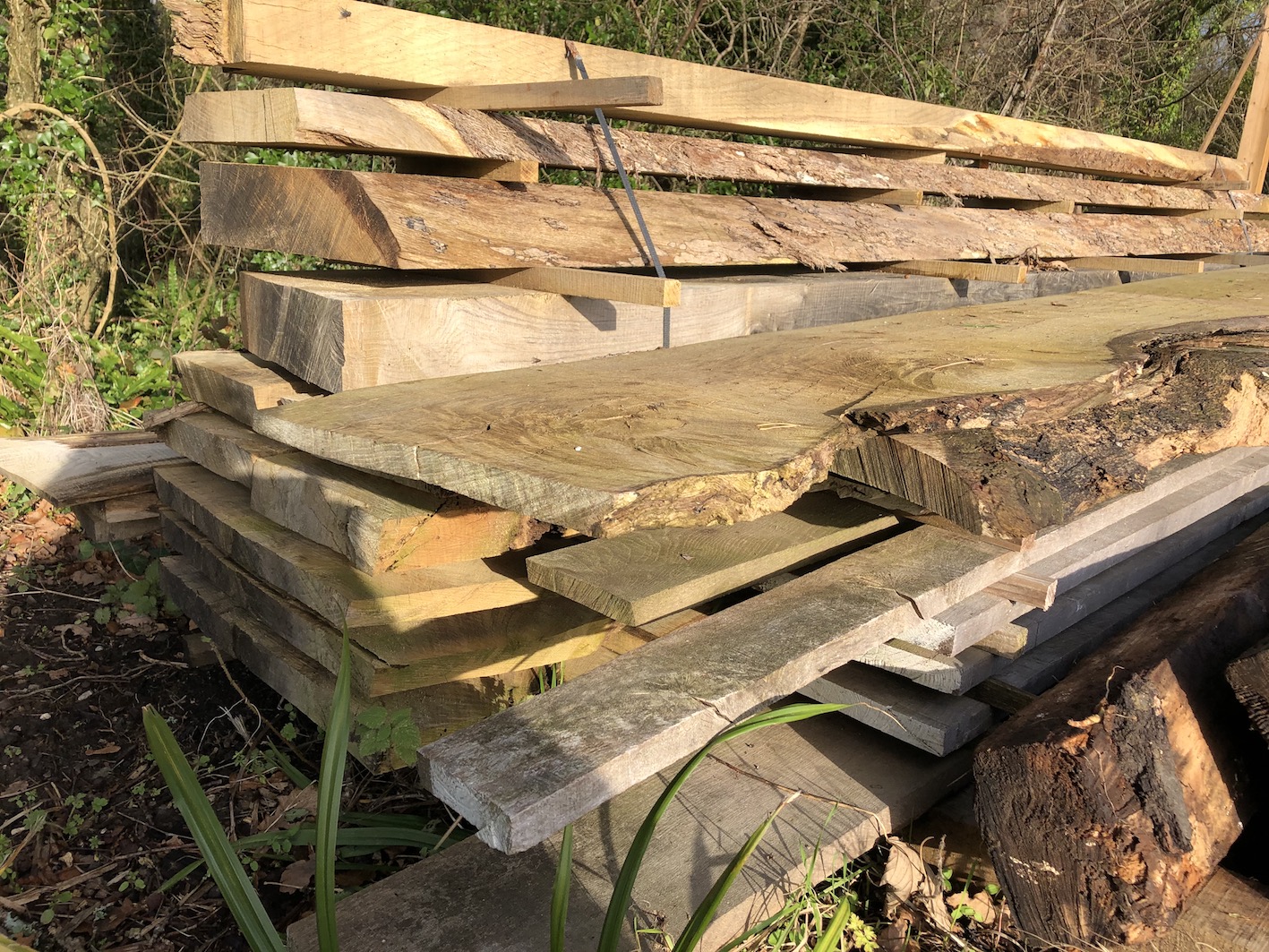 A roaring day with a cold storm crashing in from the north-west. I’m standing by a hedge that’s rocking like a ship, the branches creaking and threshing. It’s hard to stay upright while being buffeted by a gale that makes ears ache and cheeks sting. I grab the bucking limb of a twisted ash and hold on.

Beyond the hedge, rooks rise and swirl in the air like black cinders. A flock of redwings (Turdus iliacus), about 50 of them, arrow over the brow of Eggardon Hill, dashing downwards to hunt for berries and shelter in the coppice below.

I’m heading for the woods too. There’s a sawmill there, run by Adrian Janssen. I first met him in the summer when he sliced up a block of English elm for me. He wasn’t easy to locate, I had to ask around for his mobile number and send texts that he picked up when he had a signal.

It’s a relief to reach the workshop and get out of the storm. But I am disappointed to find that the machinery has covers on and won’t be used again until the new year. The saw is mounted on a trailer so it can be towed out to sites. It’s costly to extract mature trees and transport them elsewhere to be processed, so many are simply chopped for firewood. Mobile milling means good-quality timber can be used for more than burning. It’s also good for repurposing reclaimed wood.

The piece Adrian planked for me was at least 50 years old, salvaged from a now defunct rope-making mill. Bridport has been a centre for cordage and net-making since Saxon times, and there are about 10 firms still active in the area. Hempen rope made here was used on the gallows, giving rise to the euphemism “stabbed with a Bridport dagger”.

That old elm chunk was hard-seasoned and knotty. Adrian had to ease it through the mill, cutting along the grain, trying to keep the blade from catching. It made three floorboards, each with a flowing pattern that spilled down the length like water coiling around stones. Or like a rope streaming, the ends unravelling in the wind.