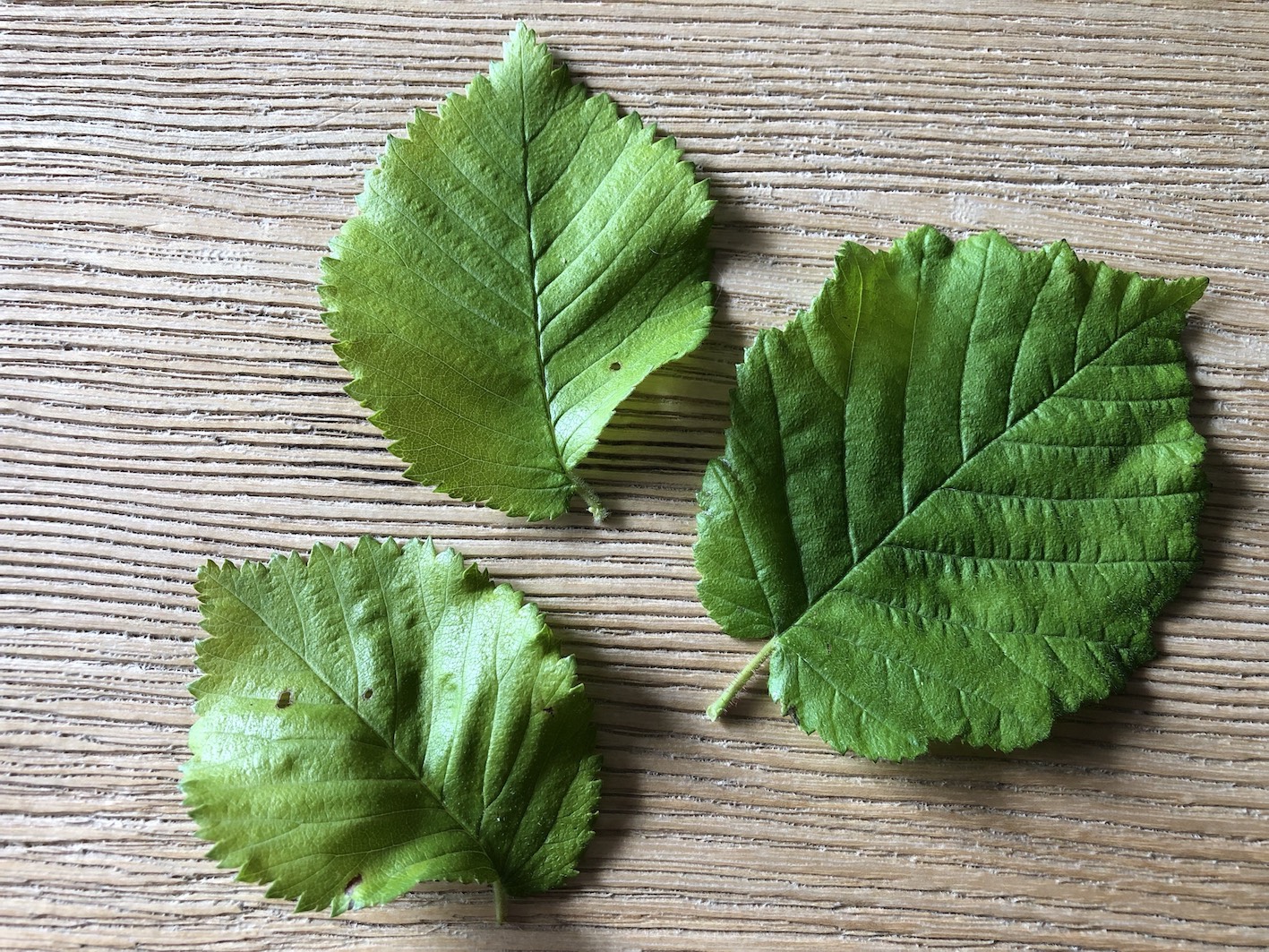 The death of the English elm is much exaggerated – there are literally millions of them thriving in west-country hedges. There could be more now than before the devastating 1970s epidemic of Dutch elm disease, when over 30 million trees died.

Admittedly, they are not the tall, broad specimens of “ell-um” that were once such a feature of the Dorset landscape. They are mostly contorted bushes, stunted by farmers’ frequent flailing and hiding among other hedgerow species. Their pointed, jagged-edged leaves are superficially similar to hazel, making them surprisingly hard to identify.

Leaf colour is one clue; elm (Ulmus minor) is a brighter lime-green than the dull green hazel (Corylus avellana). Both have hairy leaves, but elm has a dry, rough texture on the topside. Rub one gently on your cheek and it feels like fine sandpaper. Elm has a markedly asymmetrical leaf base that kinks the stem sideways, pulling up one wing of the leaf. Hazel leaf bases are not always perfectly symmetrical but they lack the characteristic kick-curve of elm.

When an English elm dies, some of the roots live on and suckers can grow. If they escape cutting, the new trees can spread into a small thicket. This spring I was amazed to find nine tall elms clustering along an overgrown field edge. They were between 20 and 30 feet high with thigh-width trunks, the grey-brown bark as deeply cracked and carunculated as a vintage crocodile handbag.

One of the trees was already dead, its bark falling off in scabrous patches to reveal the grey wood beneath, reamed with sunburst patterns where Scolytusbeetles had gnawed. Bark beetles don’t cause elm disease directly but they carry the highly aggressive fungus that does (Ophiostoma novo-ulmi). Elms react to the fungus by sealing off infected areas. Unfortunately, this also blocks water and nutrients and the trees starve to death.

Anecdotal evidence suggests the beetles are attracted to taller trees with unobstructed tops. The owner of those nine graceful young trees faces a dilemma: mutilate them by pollarding them short and perhaps extend their lives, or leave them in their beauty, knowing that they will probably only survive for another five years at most.

This piece first appeared in the Guardian’s Country Diary column on 18 May 2019.