Sharing a home with the buttercup bees 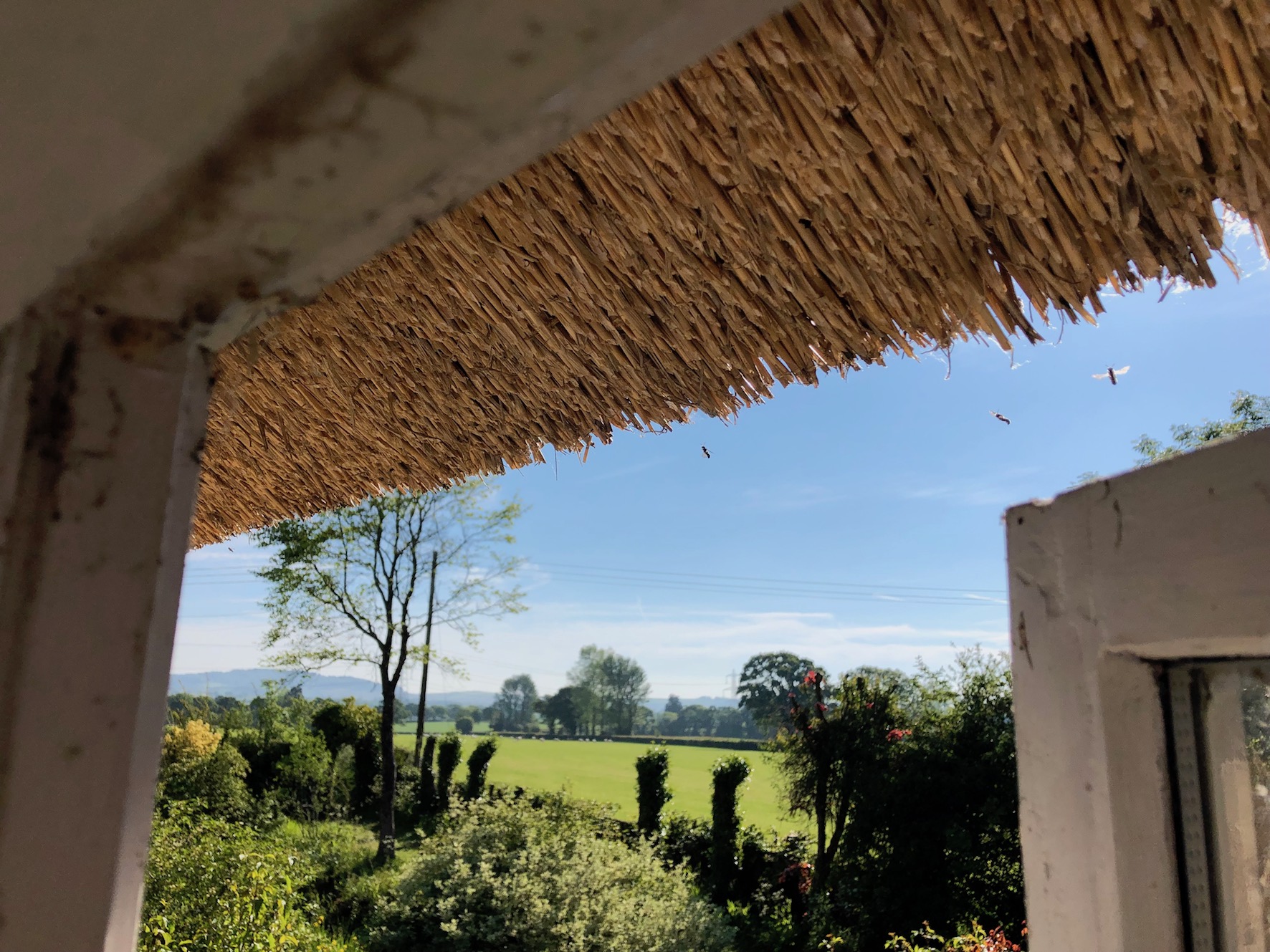 A cloud of tiny black bees fizzing outside the bedroom window tells me summer is here.

For me, the real sign of summer at home is not the swallows looping in and out the shed, stitching the sky together, or the second brood in the moss-ball wren’s nest lodged in the rose by the door, or even bats flickering in the never-quite-dark. It’s a cloud of tiny black bees fizzing outside the bedroom window.

These are sleepy carpenter bees (Chelostoma florisomne). “Florisomne” means flower-sleeper and in poor weather they can sometimes be found curled up inside buttercup flowers, using the closed petals as a shelter. They are a type of solitary bee, although there appears to be nothing solitary, or sleepy, about this active crowd.

Despite clustering together to nest, each bee works on her own to lay a series of single eggs. For every egg cell, she collects a cushion of pollen as food for the larva when it hatches. Unlike many other bee species, sleepy carpenter bees are oligolectic, meaning they only feed on pollen from one type of plant. In their case it’s buttercups. They are insects of woodland edges and meadows, habitats where buttercups grow in profusion and there is plenty of dead wood scored with old beetle burrows for nesting.

This crew aren’t nesting in wood. They are using the hollow stalks of our roof thatch, entering the cut wheat-reed ends under the house eaves. Each female lays a series of eggs inside a single straw and then seals the end with mud. When young bees finally emerge, they will mate and spend the later summer feeding before hibernating until next year, and the cycle begins again. Some won’t make it. The parasitic wasp, Monosapyga clavicornis, will inject its eggs inside a scattering of the bee cells and its large-jawed larvae will consume the contents.

I’ll know when the wasp and bee grubs reach near maturity because birds, particularly jackdaws but also house sparrows, will start attacking the thatch. They pull the straw and peck out the insects. It’s annoying, untidy and, over time, costly to repair. But whose home is it? I’m grateful that we can live where these other beings also thrive.

This piece first appeared in the Guardian’s Country Diary column on 15 June 2019.