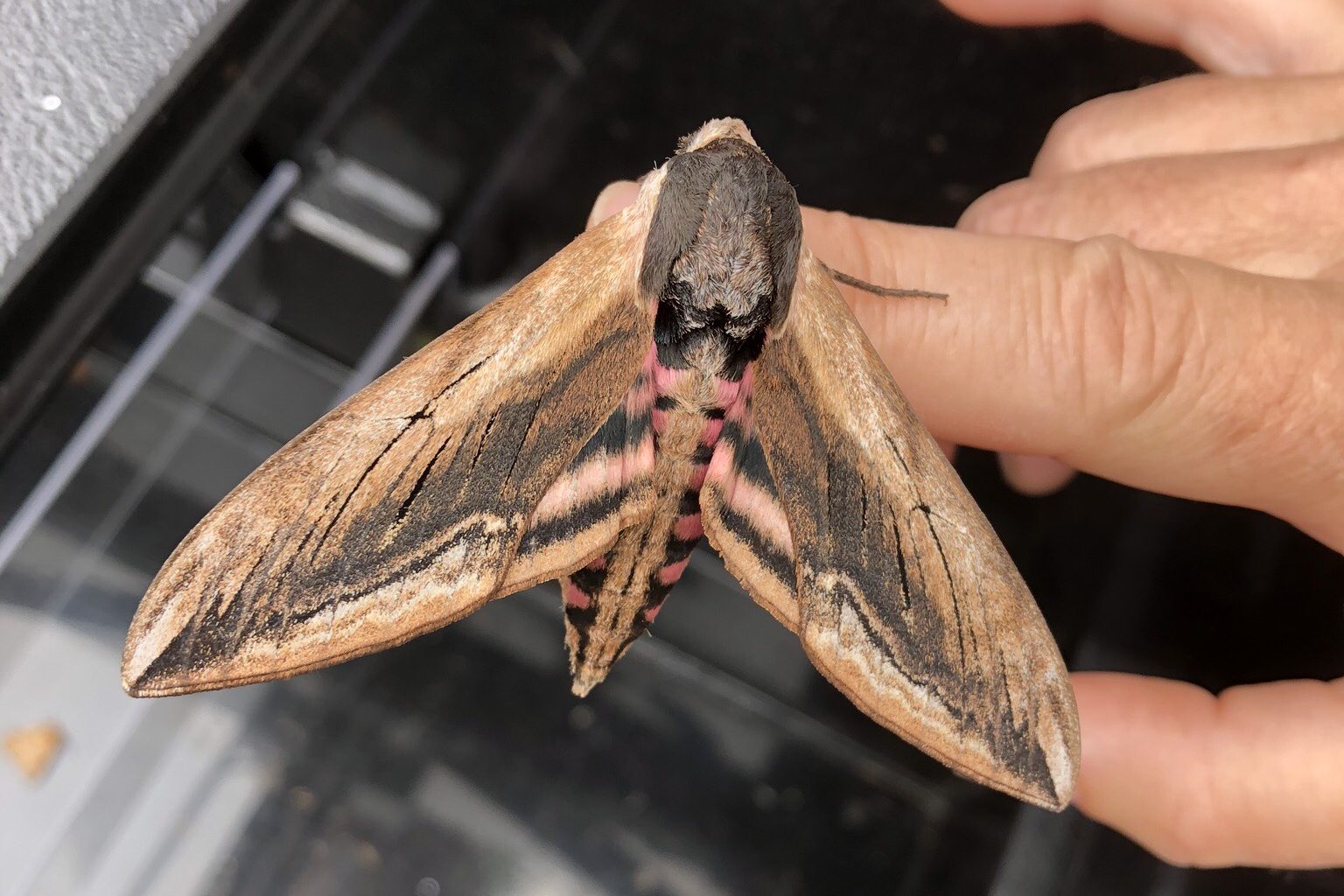 We’ve been moth trapping on the edge of Powerstock Forest, an ancient woodland. Overnight, the lightbox has attracted a baffling range of insects. A burnished brass moth (Diachrysia chrysitis) gleams in a cranny near the lid, its metallic wings winking penny-bright in the morning sun. Several buff-tips (Phalera bucephala) pretend to be chipped birch twigs. A tiny orchard ermine (Yponomeuta padella), white wings peppered with black flecks, rests on an eggbox.

The hawk-moths are spectacular. The drab khaki and dusty-pink striped elephant hawk-moth (Deilephila elpenor) is the most familiar. Elephant refers not to its size but to its caterpillars, which supposedly resemble elephants’ trunks. It looks small beside the privet hawk-moth (Sphinx ligustri), which, with a wingspan of up to 12cm, is Britain’s largest resident species. This specimen must be nearly that big. Its huge, elongated, furry abdomen is banded rose carmine and black like some carnival hornet.

Sphinx ligustri is often found in Dorset woods and gardens, where it feeds on nectar from night-scented flowers. July is the month its massive caterpillars will be hatching. Lime green with white and lilac side flashes, their soft, yoghurt-gum bodies culminate in a black and yellow tail horn. These larvae eat lilac, viburnum, holly and ash saplings as well as privet.

The true dark star is the eyed hawk-moth. We gently coax it on to a hand, where it slowly wakes, unfurls long antenna lined with bristly filaments, and starts to vibrate its wings to warm up its flight muscles. As it revs up, its hind-wings open fully, revealing a startling pair of blue “eyes” on a flushed background.

It doesn’t let us admire it for long. With a flip of its abdomen, it suddenly defecates thick blobs of yellow before taking off into a shadowy bay tree hangar to wait out the daylight hours.

First published by the Guardian’s Country Diary column on 20 July 2019.