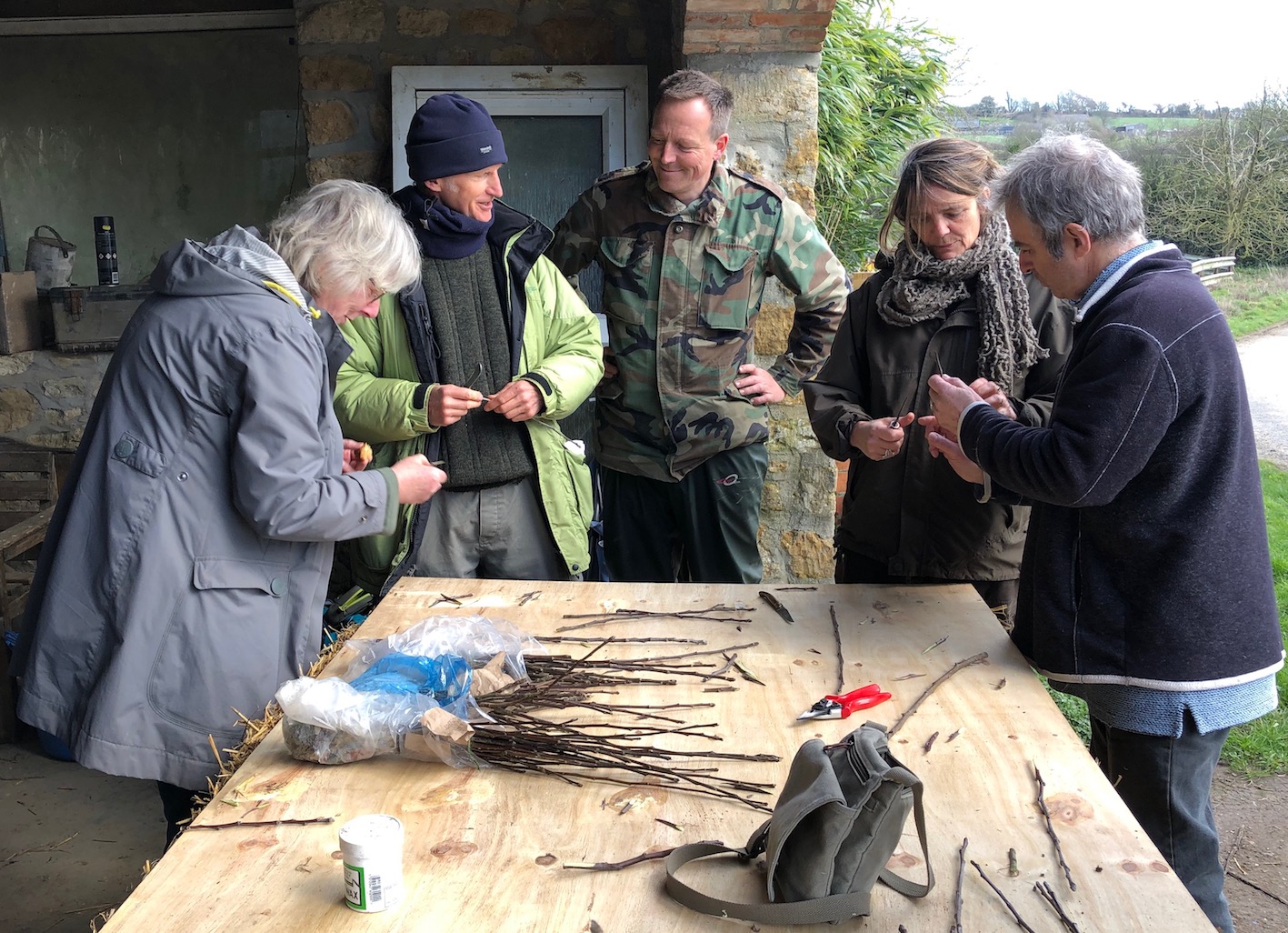 We are in a barn, harnessing the strength of spring to make new apple trees. Smooth, supple twigs – scions – lie before us in labelled bundles. Hairy bunches of rootstock wait in a barrow, shrouded in plastic to stop them drying out.

It’s perilous preparing scions for grafting. You cut them slantwise, pulling the knife upwards through the wood in a single, fast jerk. It requires a ferociously sharp blade, one capable of slicing your thumb off if you get it wrong. The aim is to expose a long, flat oval of pale primrose-green ringed with white.

After incising a rootstock stem in a similar way, we notch the two wounds and hook them together, matching twig to roots in a kiss that mingles their woody slime. Then we bind the join with insulating tape and waterproof it with dabs of soft, greasy wax before planting the saplings in pots.

The scions are from old Dorset varieties. There’s Tom Putt, the 18th-century ‘cottage apple’, a practical, multipurpose fruit for eating, cooking and cider making. The rarest is Granfer’s, a cooker unique to the Bridport area. A single gnarled tree more than 200 years old was discovered a decade ago in a garden in Beaminster, a remnant from a time when the area was patched with orchards.

In those days every farm had apple trees, and labourers were part paid in cider – an arrangement that sounds charming until you realise that it meant even lower wages to feed their families. Drinking started at 6am, in lieu of breakfast, when a communal jug – often no more than a wooden bucket – was passed around for the workers to swig from. On average, each man drank four or five pints a day, more at harvest time. They complained if the cider was “washy”, and cider lore sometimes recommended adding a dead rat to the fermenting barrel.

The trees we’re making are part of a project to improve the landscape near the humming line of pylons that stalk through the vale. Perhaps our grafts will one day produce cider as good as that Sylvia Townsend Warner described 70 years ago: a drink at once ‘racy, poignant, oily [and] spicy’.

This piece was first published in the Guardian’s Country Diary column.