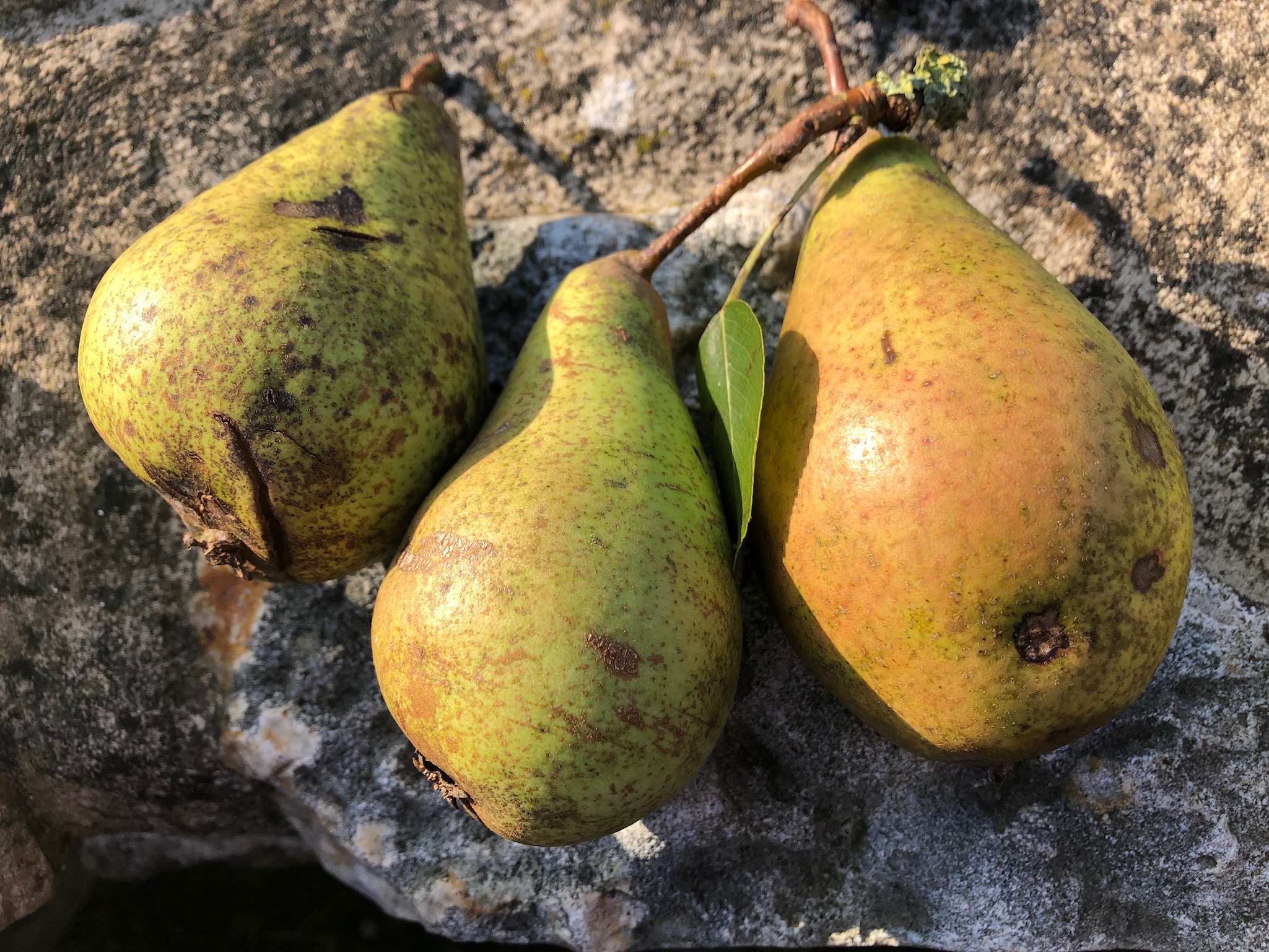 There is a magnificent Devon pear tree, nearly 10 metres tall, that stands alone in a small field of nettles near Axminster. In spring it foams with white blossom, and in autumn it weeps fruit. Winter reveals almost reptilian tessellations cracked into the bark on its bare, curving boughs.

I’ve often driven past and wondered what sort it is, who planted it and why. It’s next to the Fosse Way, the ancient Roman road connecting Exeter with the Midlands. If you follow the Fosse Way north across the border into Somerset, you encounter two more notable pears. These Somerset trees are perries, grown for their juice.

Unlike cider, which almost makes itself, perry is difficult to perfect. Some varieties bear fruit that is ripe and ready for pressing for only one day a year. Get the timing right and the results are enchanting: a gently sparkling drink, pale as stored hay, with a residual sweetness and dry fragrance.

During the Napoleonic wars, when French wine was scarce, perry became a popular alternative. It’s possible that the Somerset trees were planted then, though they could be older. Their origins are unclear – recent DNA tests revealed them to be unknown varieties not recorded elsewhere.

Was the mystery Devon pear another forgotten Fosse Way perry? The windfalls that rolled under the field gate were hard as conkers. Shaped like crooked green teardrops, they were blushed with brown and dotted with russet on the lenticels, or pores.

I emailed some photos to Liz Copas, the pomologist who registered the Somerset perries. She couldn’t identify it and suggested it might indeed be another unique variety. Only a DNA test could tell.

Liz guessed the tree was probably about a century old. According to old maps, the cottage next door was then a smithy, so perhaps it was planted by the blacksmith’s family to mark a special occasion, such as a wedding or a birth. Reliable, prolific, and producing robust pears suitable for storing, it was a good choice when fresh fruit was less easily available.

Now in its prime, the tree’s true bounty is not the harvest that lies rotting and unregarded, but its beauty, offered free to everyone who passes.

First published by the Guardian Country Diary on 7 November 2020.