Deep in the bones of the moor at Chaw Gully 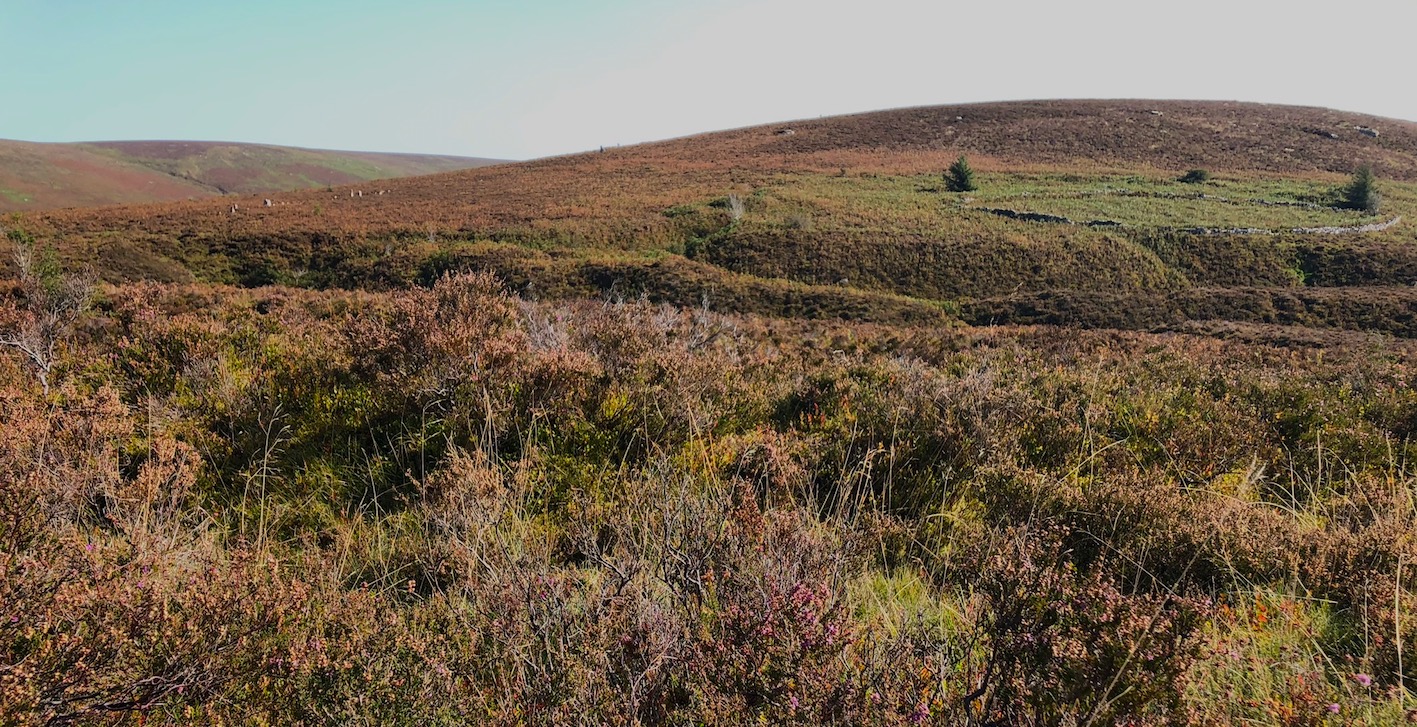 For all its apparent wildness, the landscape around Headland Warren was once a heavily worked industrial site – and one of the most lawless places on Dartmoor.

There were four tin mines, the last of which only closed in 1930. Tin mining was a hard and dangerous occupation and the workers were often unruly. In 1793, men from Vitifer, enraged by the arrest of some of their gang for smashing pub windows, stormed nearby Chagford, vowing to level it to the ground. Townsfolk raised the alarm by ringing the church bells and, after an 11-mile chase, all but one of the tinners were caught and press-ganged into the navy.

Today, past scars are furred with a thick overgrowth of heather and bracken. The Redwater Brook, once used to wash ore, trickles in peaceful, glassy loops around the stumps of ruined buildings.

Walking down the shallow valley, you reach a network of forked ravines gouged into the earth. Chaw Gully is the oldest, first worked by the Romans. It cuts through the northern end of a prehistoric stone row, one of many enigmatic monuments on the moor, possibly marking a ceremonial pathway. Centuries of digging have created a narrow canyon up to 15 metres deep in places. Several crow species nest on the weathered granite bluffs – the meaning of “chaw” is debated, but it’s likely to be a local name for jackdaw.

Down in the gully the wind drops and you enter a green world of whortleberry, grass and moss, cross-stitched with yellow tormentil flowers. There isn’t a path and you must scramble over boulders and around deep pits.

Scores of men died working the underground shafts, suffocated by poor ventilation. Folklore advises bringing a gift of food and ale to appease the Knockers, mischievous goblins who can be heard tapping from the other side of the rock, sometimes guiding men to treasure, other times causing disaster. We took a can of beer and some fancy chocolate. A pasty would have been more traditional, the tinners’ portable meal that’s as Devonian as it is Cornish.

After half an hour sunk in the bones of the moor, it was a release to emerge safely and see a red kite, rare on Dartmoor, floating gracefully above the stony nipple of Birch Tor.

First published in the Guardian Country Diary column on 3 October 2020.