Walking in the wild woods at midwinter 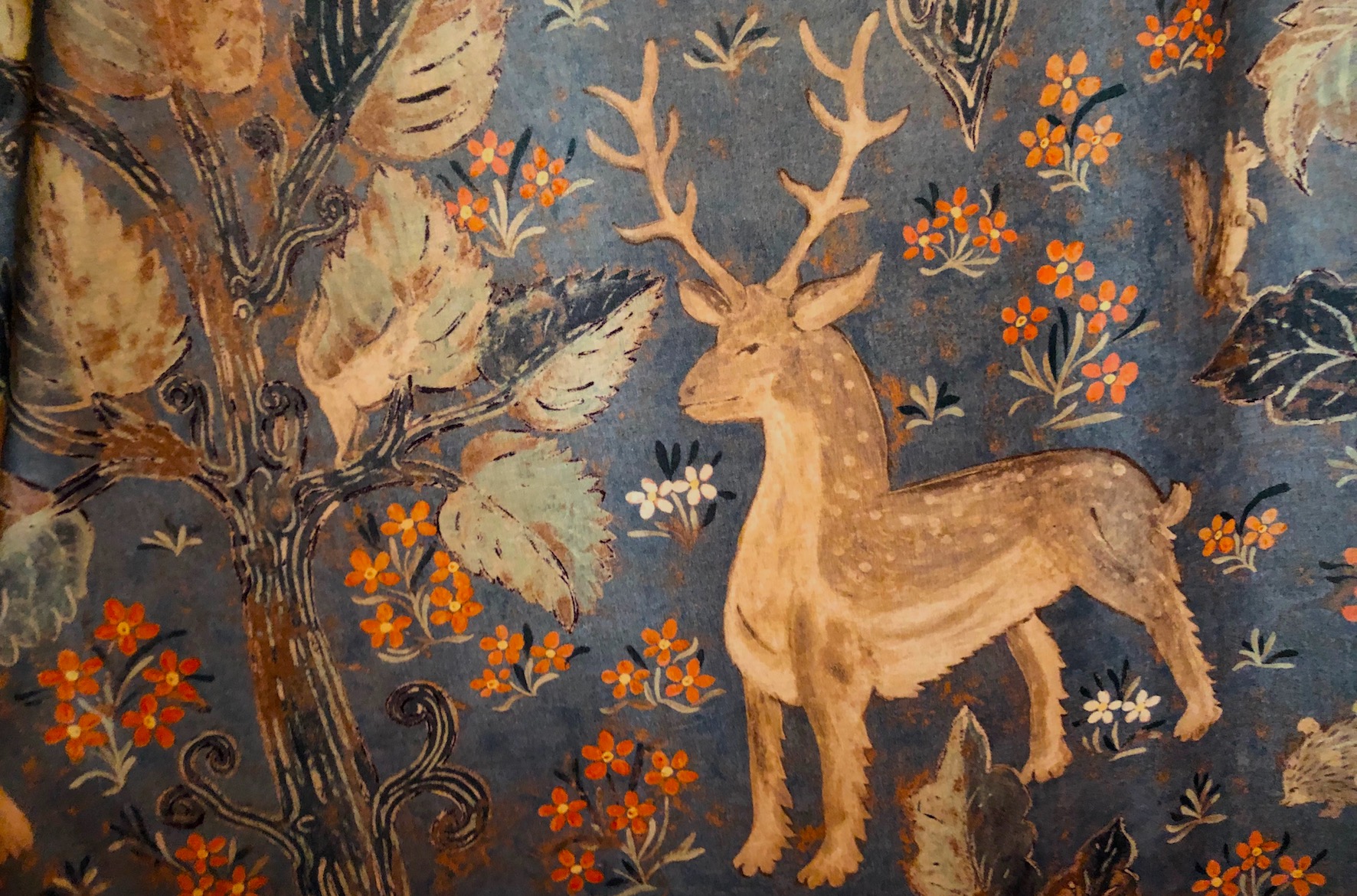 This piece for the Guardian Country Diary was inspired by a night walk in the woods near Wytherston with members of the Bridport Women’s Creative Collective.

Night-time in the woods. A waning crescent moon reclines in the branches of an oak tree. There is no path; we thread between stands of coppiced hazel and thick trunks of mature trees, ducking to avoid fine twigs that rake and catch, treading cautiously over fallen dead wood. Oak gives way to beech as we head uphill. The canopy thins and lifts to show stars, glittering, and the constellation of Orion striding north, club raised, hunting. We are in the former Royal Forest of Poorstock where King John pursued fallow deer and wild boar.

The deer are still here. We pass a hazel that has been pushed sideways and the rind scraped from its lower trunk. Deer will peel and eat bark and bucks mark their territories by rubbing their antlers on young trees.

There are three deer species living in the Powerstock hills: roe, sika and fallow. The fallow (Dama dama) descend from stock introduced by the Normans, who imported wild animals from the eastern Mediterranean. Most of this particular herd are melanistic, being so dark in colour as to be almost black. A few are leucistic, born a pale sandy colour that fades as they age until they look like the white harts and hinds of medieval fable.

A male tawny owl’s call flutters out of the dark, the ‘huu-huw’ promptly answered by a female’s sharp ‘kee-wick’.  We reach the wood’s edge, cross a horseshoe of pasture and out on to the lane. It was here, twenty years ago, driving home late, that a beast loomed out of the ditch and crossed the road in front of us, snout raised, the silhouette of every bristle distinct in the frosty moonlight. It was a wild boar, a big male, and behind him a sow, and behind her a trotting line of ginger-striped piglets.

Those boar (Sus scrofa) were farm escapees who flourished. They dug up crops, scared the horses of the local foxhunt and bit walkers’ dogs. Most were shot, but not all. Too wily and too well adapted to be eradicated, they are still here, evading the chase by lying hidden in the daytime, emerging at night to rootle and grub as their ancestors did.

You can see the original Guardian piece here.