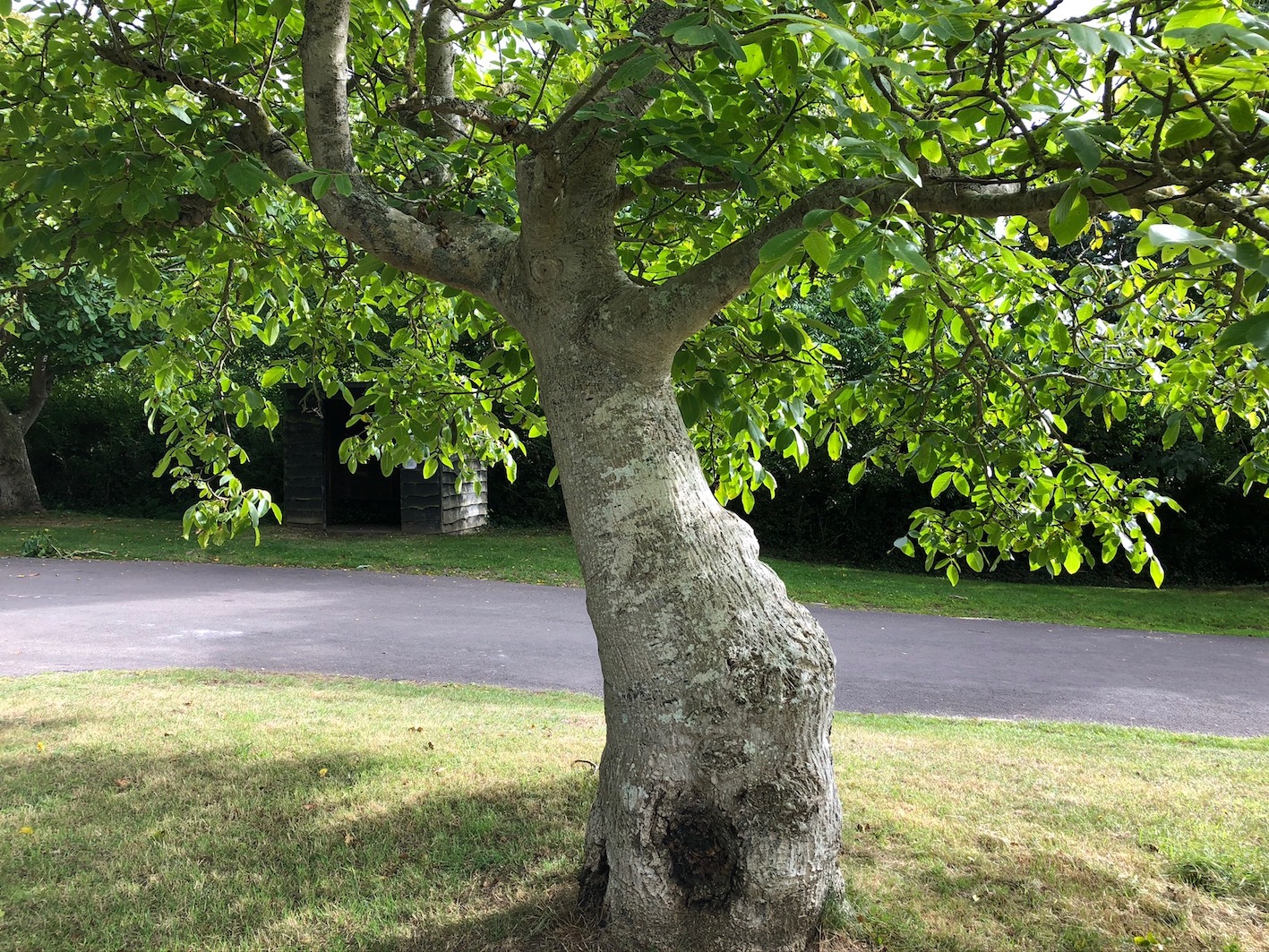 Rub a walnut leaf between your fingers and it releases an exquisite perfume. Some say the smell is reminiscent of furniture polish, but I think it’s woodier, a pure essence of tree. The scent comes from an aromatic chemical called juglone, which is unique to walnut trees.

While the ancient Greeks thought the wrinkled nuts looked like brains and called them karyon or heads, the Romans had a lower body part in mind. They dedicated the tree to Jupiter and named its produce “glands of Jupiter”, shortened to juglans; literally “Jupiter’s nuts”.

At this time of year the developing seeds are still soft and white, encased in skins speckled with cream dots and lightly furred with tiny hairs. They often form bulging, egg-shaped pairs, fixed to twig ends.

It was the Romans who brought the English walnut (Juglans regia) – a species that actually originated in Persia – to Britain, and in 1629, the plant collector John Tradescant the Younger brought the black walnut (Jnigra) here from north America. Swirl-grained walnut wood became fashionable for furniture making and musket stocks in the 1600s, and both species were planted widely in the centuries that followed.

They were a valuable community resource – the nuts came to symbolise riches and were used as charms to increase wealth. Because their roots secrete juglone, which can stunt crops, they were grown in uncultivated ground along road verges and on village greens, and the tradition of wayside walnuts still flourishes in Porlock Vale.

Seven English walnuts of various ages grow on Bossington Green beside Horner Water. One looks as if it is dancing, leaning back on its swollen, silvery bole, flinging its arms up, green hair streaming.

The village was once renowned for the Bossington Walnut, a gigantic veteran tree whose vast canopy overshadowed the road. It was probably planted in the 17th century, at about the same time a neighbouring cottage was built. Perhaps the tree was intended to bring prosperity to the house. It certainly attracted attention – it was one of the wonders of Somerset, which people travelled miles to admire until it was felled in the 1950s.

One thought on “The wayside walnut trees of Porlock Vale”