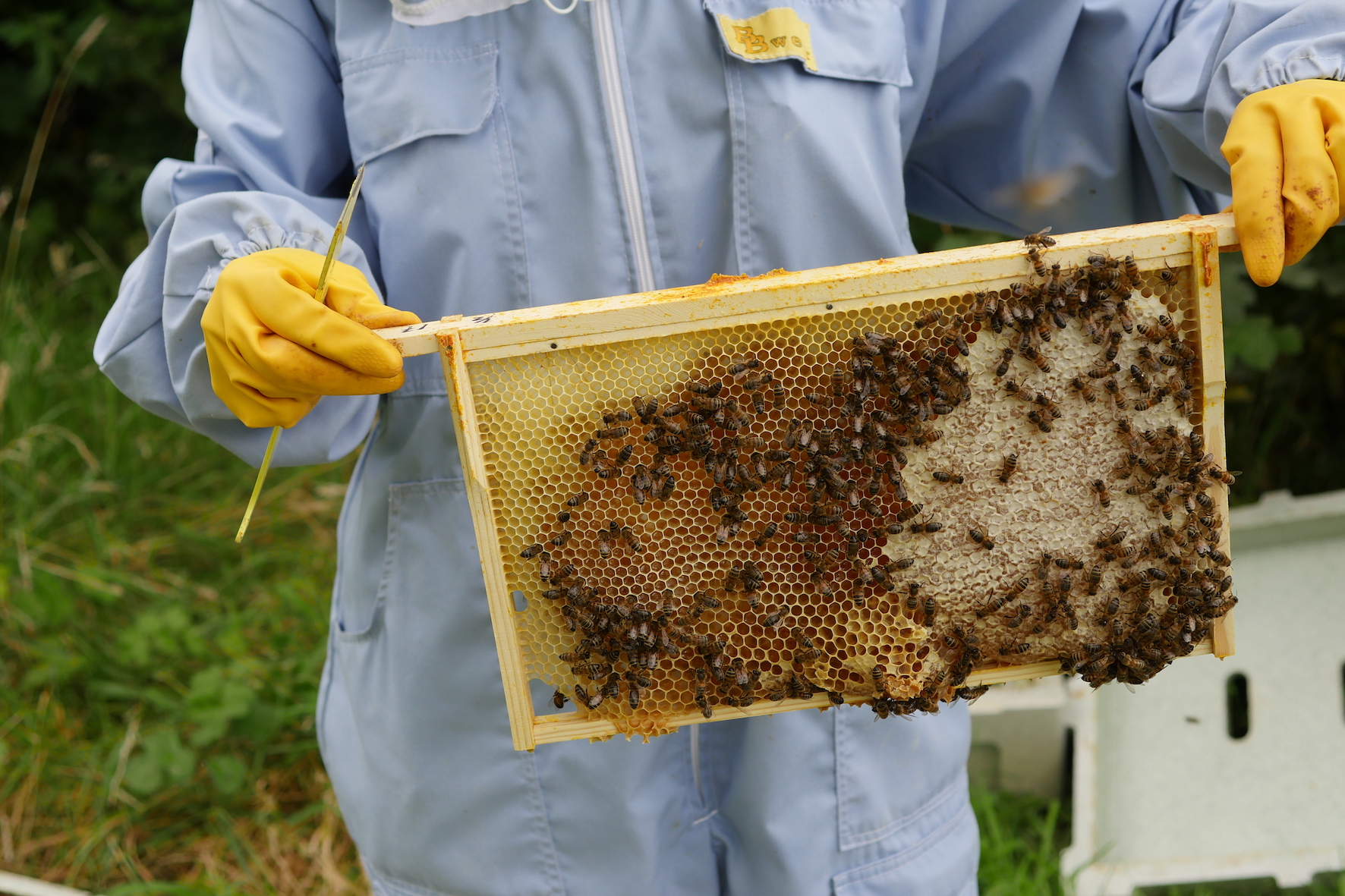 The honey harvest at Ryall, Dorset.

The bees think it’s autumn. Since mid-July they have been reducing their numbers and sealing up the hives with propolis. Dark brown, sticky when fresh, brittle as cinder toffee when dry, propolis is a glue bees make from tree sap. It’s antimicrobial and despite its bitter taste, some beekeepers chew it as a remedy for sore throats. Bees use it to fill small gaps in the hive and to mummify any invaders that are too big for them to carry outside. Occasionally, you find a dead mouse inside a hive, its body shrouded in propolis, pieces of varnished bone showing through as if fossilised. The Ancient Egyptians revered bees and it is thought they might have learned the principle of mummification from them.

Propolis is intensely fragrant. Lift the roof off a hive and glorious incense fills the air; a rich, complex smell of honey, pollen and plant resins. Today, Betsy and I have opened the hives to rob the bees of their early summer work, giving them time to build up replacement stores before winter. We crack apart frames of wood and wax, gently brushing off bees with a swan’s wing feather, before placing each heavy slab in a covered box.

We leave the queens and brood undisturbed deep inside the hives. In there, the wax cells are studded with pollen gems in garnet, carnelian, citrine and jet, each colour marking a plant species, providing an almanac of the seasons. Rosebay willowherb pollen (Chamerion angustifolium) is dark green, viper’s bugloss (Echium vulgare) black. The workers are currently bringing in fine grains from Himalayan balsam (Impatiens glandulifera), so abundant that it dusts them white as if they were rolled in icing sugar.

Back in the house, I slide a long-pronged fork down the honeycomb, uncapping the tops of the cells. Wax flakes away in greasy hexagons like glistening fishscales. We pack the frames in a spinner and turn the handle, gathering speed until we hear the wet thwack of honey against the drum. When the frames are all spun out, I open the tap and honey flows, smooth and golden as oil, into waiting jars. Stored in the cupboard, it glows behind the glass, summer’s sweetness distilled.

This article originally appeared in the Guardian’s Country Diary.