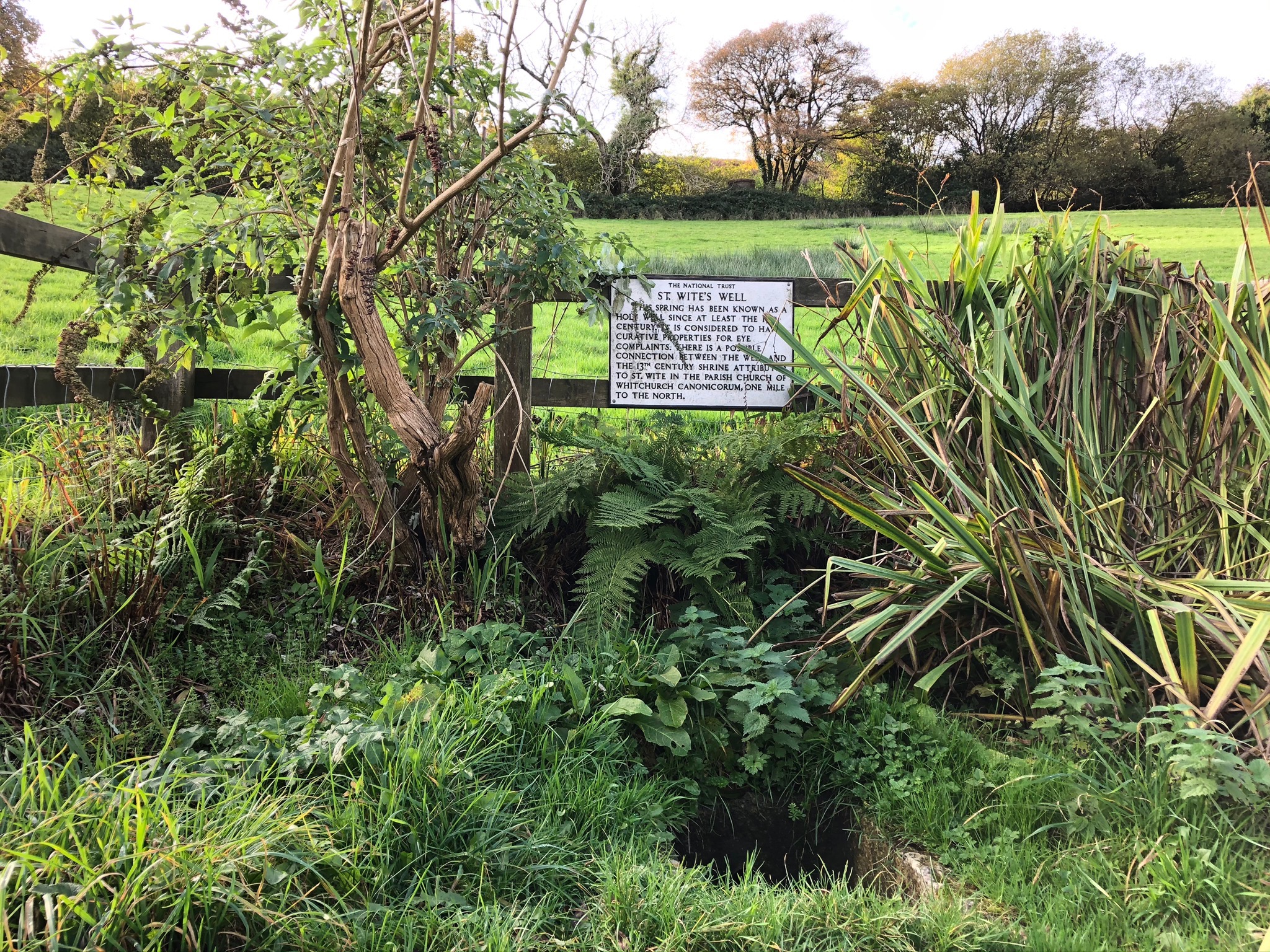 Don’t drink the water!” I’m standing next to a fellow walker outside the wooden corral that protects St Wite’s Well from thirsty bullocks. A clear trickle piddles from a slimy metal pipe into a sunken trough of Purbeck limestone. The base is coated with dark silt, except for one spot directly beneath the outlet, washed clean by the gentle force of falling water.

“It’s only run-off from the hill, not an actual spring,” adds my adviser scornfully, jabbing the bank with his hiking pole. “I once saw a family filling their water bottles with it. Tsk! Full of microbes!”

Run-off or not, water never stops flowing from this holy well, which has a long history. It’s named after a mysterious Saxon figure also known as Saint Candida, who was revered for miracles of healing, especially cures for blindness. Her bones are enshrined in the nearby church at Whitchurch Canonicorum, a centuries-old place of pilgrimage.

According to an old cast-iron information panel, produced by the National Trust, the well water “is considered to have curative properties for eye complaints”. I am not tempted to splash my eyes, or to drink. There are skeins of blanket weed (Spyrogyra) drifting in the trough, green as stained glass. It’s a sign of eutrophication, probably caused by phosphorus leaching from cattle dung in the surrounding meadow. No doubt there are also faecal coliforms whirling about, including Escherichia coli (E coli). This is a well of life in every sense.

I rescue a brown and bristly tiger moth caterpillar floating enmeshed in the weed, before walking on, past a hedge bank thickly twined with runners of lesser periwinkle (Vinca minor), which is widespread here. The local name for its blue-violet, five-bladed flowers is “Saint Candida’s eyes” and it was renowned for its magical powers. Medieval herbalists recommended it “against devil sickness and demoniacal possessions and against snakes and wild beasts”. It was also added to love potions as a form of early Viagra.

The plant contains a powerful alkaloid, vincamine, that increases blood flow, though there is no evidence that it restores potency, or sight.

First published by the Guardian for the Country Diary column, 13 November 2019.