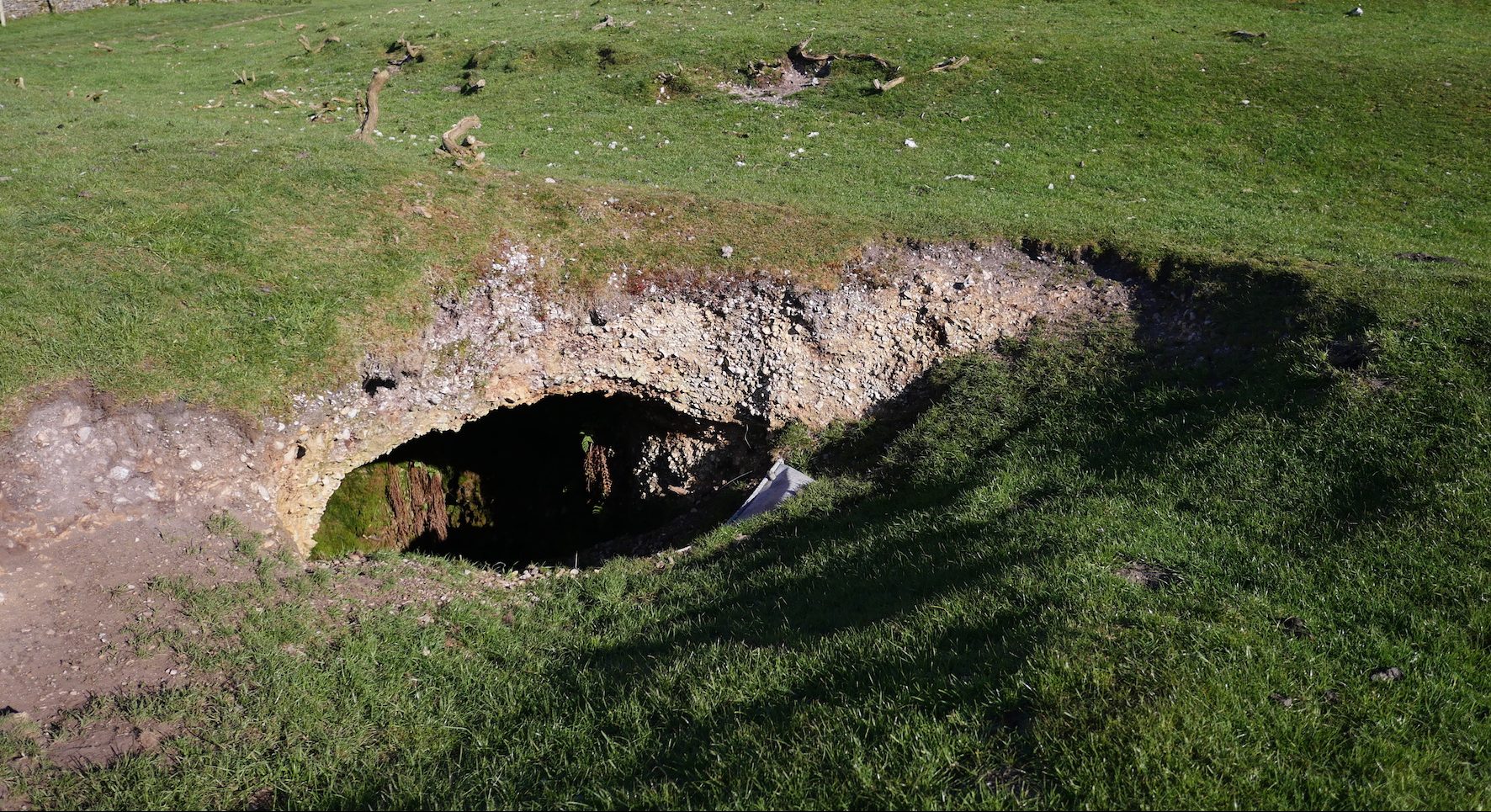 The sound of chiff-chaffs shouting in the woods falls away as I follow the South Dorset Ridgeway upwards to the high chalk. The way is starred with white stitchwort running through clumps of shocking-pink campion and the last of the bluebells.

On the bare pasture of Bronkham Hill, the wind pours larksong over the humps and bumps of a Bronze Age barrow cemetery. These are round barrows, marks of power and status, built around 4,500 years ago on the hill’s crest overlooking the sea. Their lower slopes are rusty with stunted sheep’s sorrel (Rumex acetosella), staining the ground like patches of dried blood around a shield boss.

A massive double-bermed and ditched bell barrow dominates the skyline. Walk round to the north side and its majesty crumbles. In the 1800s, amateur antiquarians searching for treasure gouged a lump out its centre. There’s no record that they found anything of value; unlike Clandon Barrow two and a half miles away, where they dug up a plate-sized lozenge of gold worked in geometric patterns, a gold-studded mace, bronze dagger and fragments of an amber cup. 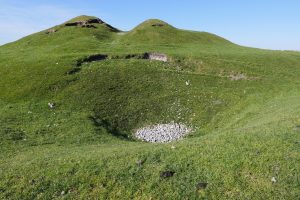 Yet Bronkham is the more remarkable place. Scattered between the barrows are about 200 elliptical dolines; steep grass-lined pits, some many metres deep, others silted up into shallow dishes. They form naturally when rainwater seeps through surface flint and gravel, dissolving the porous chalk beneath. Over time a hidden cavern develops until the roof collapses. The process is continuous – next to the king barrow a green hole has opened like an eye half-capped with a scaly lid of pebbles.

Portals into the Underworld

I scramble into one. Sitting in its well I feel simultaneously hidden and imprisoned, both protected and vulnerable. There’s a harsh, wheezing ‘chuck’ and a magpie hops over the rim above me, flaunting its petrol-sheened tail. 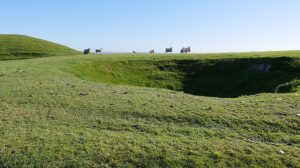 It’s possible that the shake holes were once seen as portals into the Underworld, ways into the hollow hills of legend. Modern farmers consider them good places to dump rubbish. Several are choked with debris including wire, old fence posts, knots of tangerine baler twine, plastic pipes, a busted iron trough and corrugated sheets; ritual offerings of a kind, all being slowly swallowed by the earth.