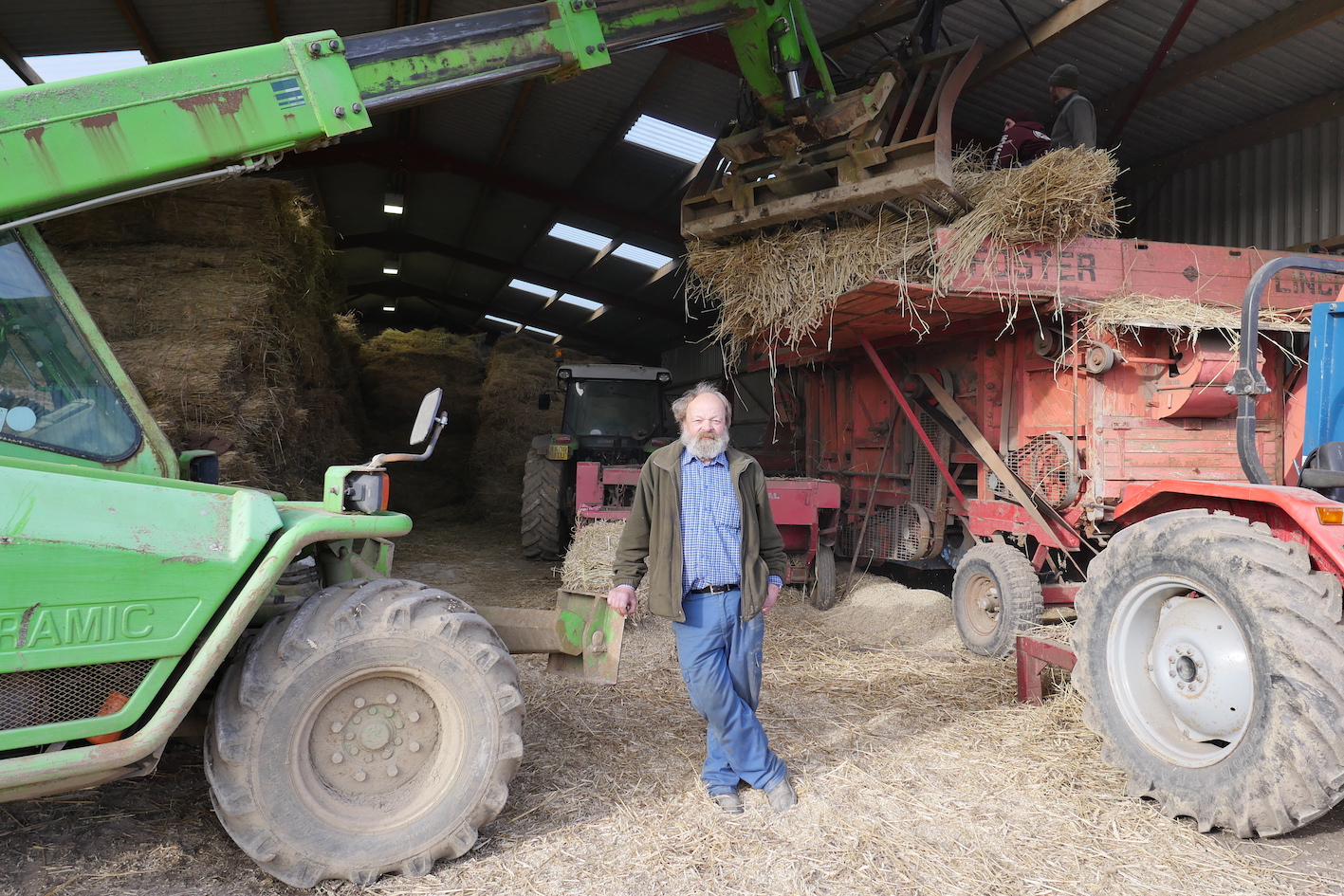 The smell strikes you first. A mealy odour, dry and tickly, of clean straw and grain. Beneath it, a hint of juiciness, from bruised ears of wheat beaten to release their kernels. Seeds shaken free leap and bounce into the waiting trailer. Some will be sown for next year’s crop; the rest go for cattle feed.

Dust hazes the barn, where six thatchers serve a clanking “red tyrant” not unlike the one in Thomas Hardy’s Tess of the D’Urbervilles. The thresher, or “thrasher” in the Dorset accent, here is a scabby, faded red, like Hardy’s 130 years earlier. This one was manufactured in the 1930s in Lincoln. On top of it is the comber, which is Edwardian and came from Devon. At the back is a trussler, which binds the combed and thrashed straw into 14lb bundles of combed wheat reed ready for thatching. A baler rumbles at the side, compacting broken and short straw into rectangular blocks.

Combed wheat reed used to be unique to the south-west. Grown from heritage varieties of wheat with long, strong, hollow stems, it produces plain, plump, rounded roofs finished with distinctive peaked ends like a ship’s prow. It takes five workers eight hours to thrash three acres’ worth. That’s enough to thatch the average 30-foot cottage. In good conditions, it might last 40 years.

Dave and Scott Symonds and their crew are thrashing Maris Widgeon wheat they grew themselves. They use old machinery because there is no modern alternative, not from sentiment. It’s hard work. Sheaves have to be hoisted up to the platform, the twine cut and the stems spread in the comber. The finished trusses are lifted, trimmed and stacked by hand.

Time for a coffee break. Scott turns off the tractor that powers the thrasher and they stump out. I’m left behind in silence. Giant banks of grey-gold sheaves muffle outside noise as effectively as snow. Counterpanes of spiders’ web billow slowly over the stack tops. There’s an occasional tick and rustle as the bundles ease themselves, or rodents scritch. The thatch has already begun its long career providing shelter.

This piece was originally written for the Guardian’s Country Diary.