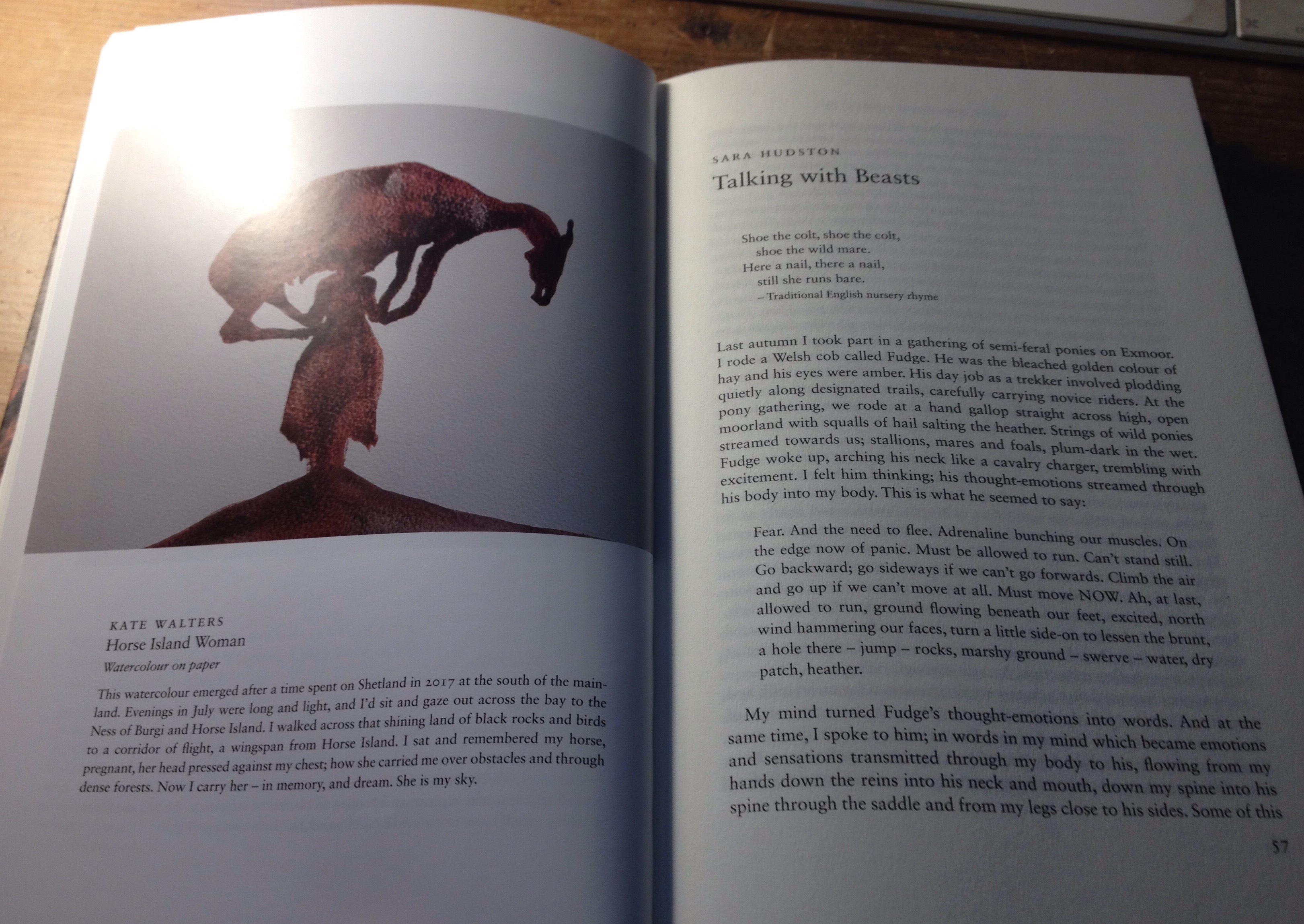 Nearly seven thousand years ago the people who lived beside the Samara River on the Russian steppes created a cemetery for their dead.  They sprinkled the ground above four of the graves with red ochre, symbolic of blood and life. People left offerings on the red ground: decorated pots, shell beads and a bone fishing harpoon. Standing over all were the heads, hides and tails of two horses, lower legs and hooves still attached, set up on poles as if they were alive. Buried nearby were two horse figurines carved in bone.

In the oldest myths, horses carry us between worlds. In the Rig Veda, the sun is pulled through the sky by either one horse with seven names, or seven horses. The journey from dawn to dusk is symbolic of the arc of life from birth to death. In Norse mythology, Odin’s magical eight-legged horse Sleipnir carries his rider to the land of the dead. Both Sleipnir, and the mythic Greek horse, Pegasus, can fly. Able to fly and travel between worlds; these sacred horses have shamanic capacities.

We cling to the myth of truly wild, prehistoric horses surviving somewhere. They’re aren’t any: we hunted them to extinction. So we fantasise, creating horses that ‘look right’. See ‘Talking with Beasts’, my piece in Dark Mountain 13, Being Human.

Here’s Fudge, who carried me between worlds to write the piece. In September 2019 he galloped on to the next world.