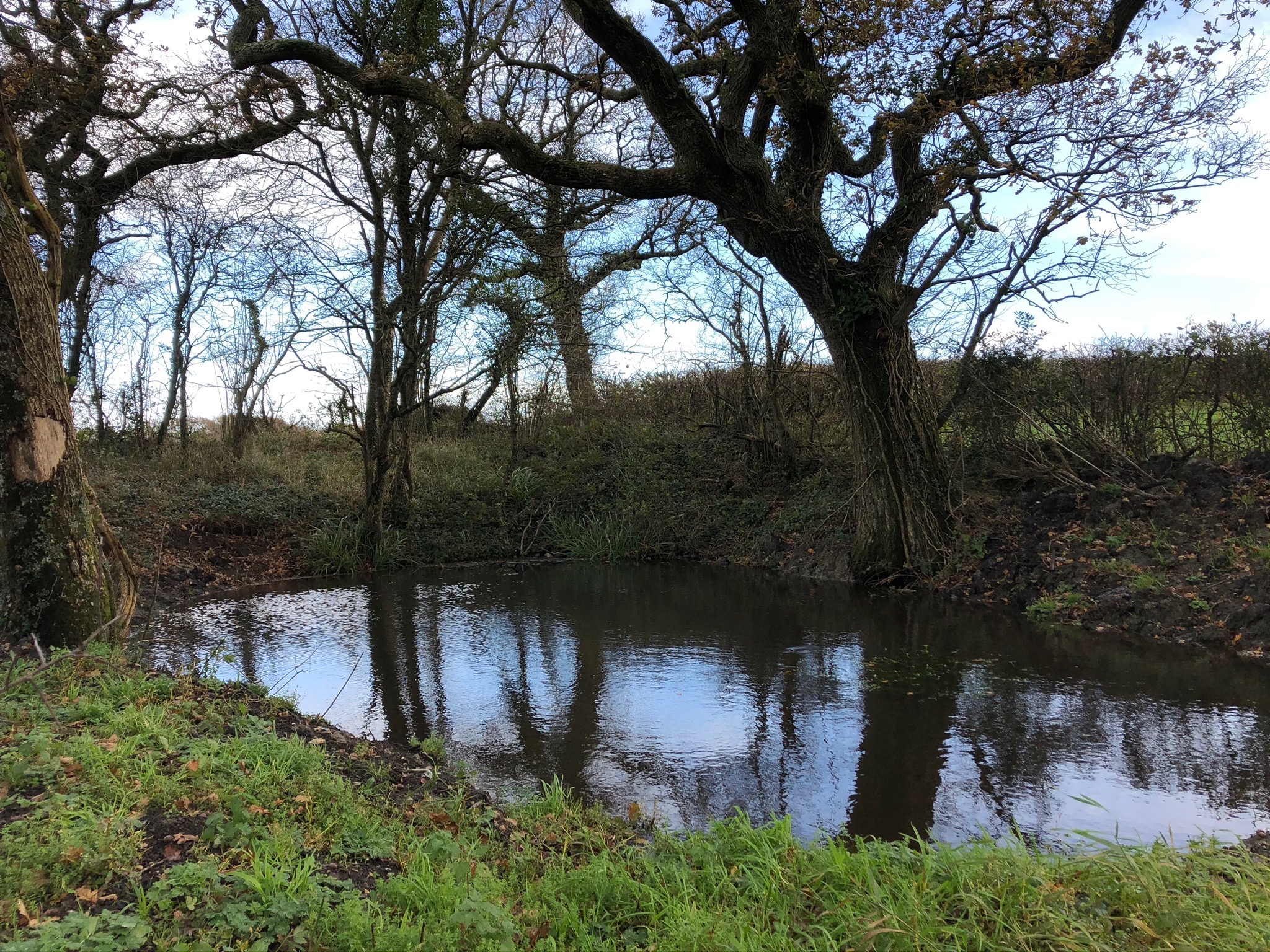 The Marshwood Vale’s many ponds stand out most clearly in winter. Water puddles naturally on the thick, grey clay, forming pewter mirrors over slurping marsh. They look bare and lifeless now, but this dormancy is an essential part of their seasonal life cycle. Some of the spores and seeds they contain require cold to trigger germination in the spring.

There used to be more ponds here. Almost half have disappeared over the years – silted up, or filled in an attempt to make the land more productive. These lost pools still haunt the landscape, materialising in shallow outline when the fields are waterlogged.

“Ghost ponds” can be priceless botanical time capsules. Restoring them disturbs buried seed, which may germinate, bringing back plants not seen in a century. One of the UK’s rarest wildflowers, grass-poly (Lythrum hyssopifolia), was recently found growing on the banks of a re-excavated pond in Norfolk. The seed had lain sealed in the mud for decades until it was brought back into the light.

Similar restoration projects are happening here in Dorset. The new owners of a local farm have created four ponds as part of Defra’s countryside stewardship scheme, two of them in an area where a pair of hobbies (Falco subbuteo) often nest. These fast-flying falcons prey on dragonflies as well as small birds, and prefer sites near water where insects gather.

I think that the fourth pool may be a re-excavation of an old site, a materialised ghost. I visit on a changeable, topaz day with the sunlight flashing rainbows and a salty wind flying in from the sea. Filled with autumn rain, the pool glimmers amid a small copse of oak and thorn, which was previously a dumping ground for broken machinery and plastic waste. Its banks already sprout the first growth typical of disturbed ground – sow thistle, spear thistle, broad-leaved dock and creeping buttercup. Tracks in the mud show that deer, pheasant and fox come here to drink.

As the light fades and dusk falls, the copse pond feels as if it is brooding. Out of sight under that opaque surface, a whole world of new plants and invertebrates is being incubated.

First published in the Guardian’s Country Diary column on 14 December 2020.