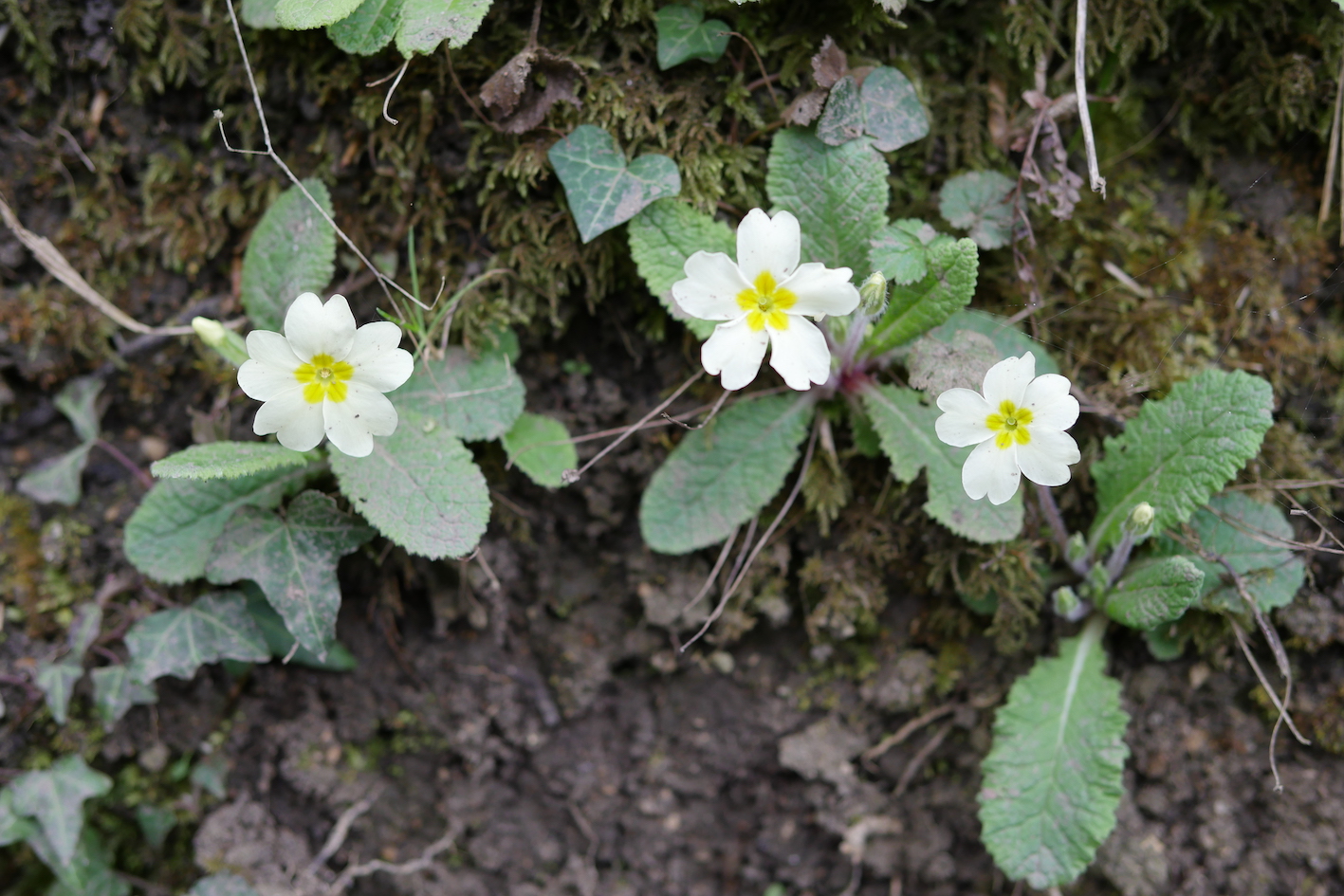 It’s the blackbird hour – that time on March afternoons around 3pm when all the blackbirds sing. (This was a piece for the Guardian Country Diary.)

Mid-afternoon on a still, overcast day that feels as if the air will thicken into rain. Clusters of slim, pale, wild daffodils (Narcissus pseudonarcissus) light the under-storey of the roadside hedge, still bare and broken from its winter flailing. In the Victorian language of flowers, they represented hope, folly and unrequited love. Lower down, the bank is patched with early dog violets (Viola riviniana), their tiny, scentless blooms scrunched into frowns of concentration. Both sides of the lane are splashed yellow with primroses and shiny celandines.

And then, just as it seems it might not rain after all, the blackbirds start singing (Turdus merula). The nearest one is at the top of a holly, showering the road with his song. There’s one further away, in the garden, at the summit of an ash. And others, further off in the woods, and unfolding across the vale, burbling their territorial songs: ‘wordy-birdy-birdy’.

This is the blackbird hour, the time around 3pm on March afternoons when the males sing at the same time. It’s gentle at first, a fine drizzle of notes, and then the volume swells and they warble full-throatedly, voices defending their territories.

They sing at other times of the day as well; often it’s blackbirds that begin first at dawn when the other birds are still silent, and continue last into the dusk, when the light has gone dimpsey, as they say in Dorset. Young males in their first year sing as early as January to establish the territories they will hold all their lives, but the older ones tend to wait until later. The day when you first hear them all together is one of the true signs of spring.

As March turns into April the blackbird hour fades, swamped by other songs. Afternoons ring with chiffchaffs’ constant racket and the evening serenade belongs to the song thrush. With their nests built, blackbirds spend much time gathering food for their chicks as they raise two or three successive broods. Yet they will continue to sing until the summer when other birds have ceased. You sometimes hear them as late as July, often after it has rained.