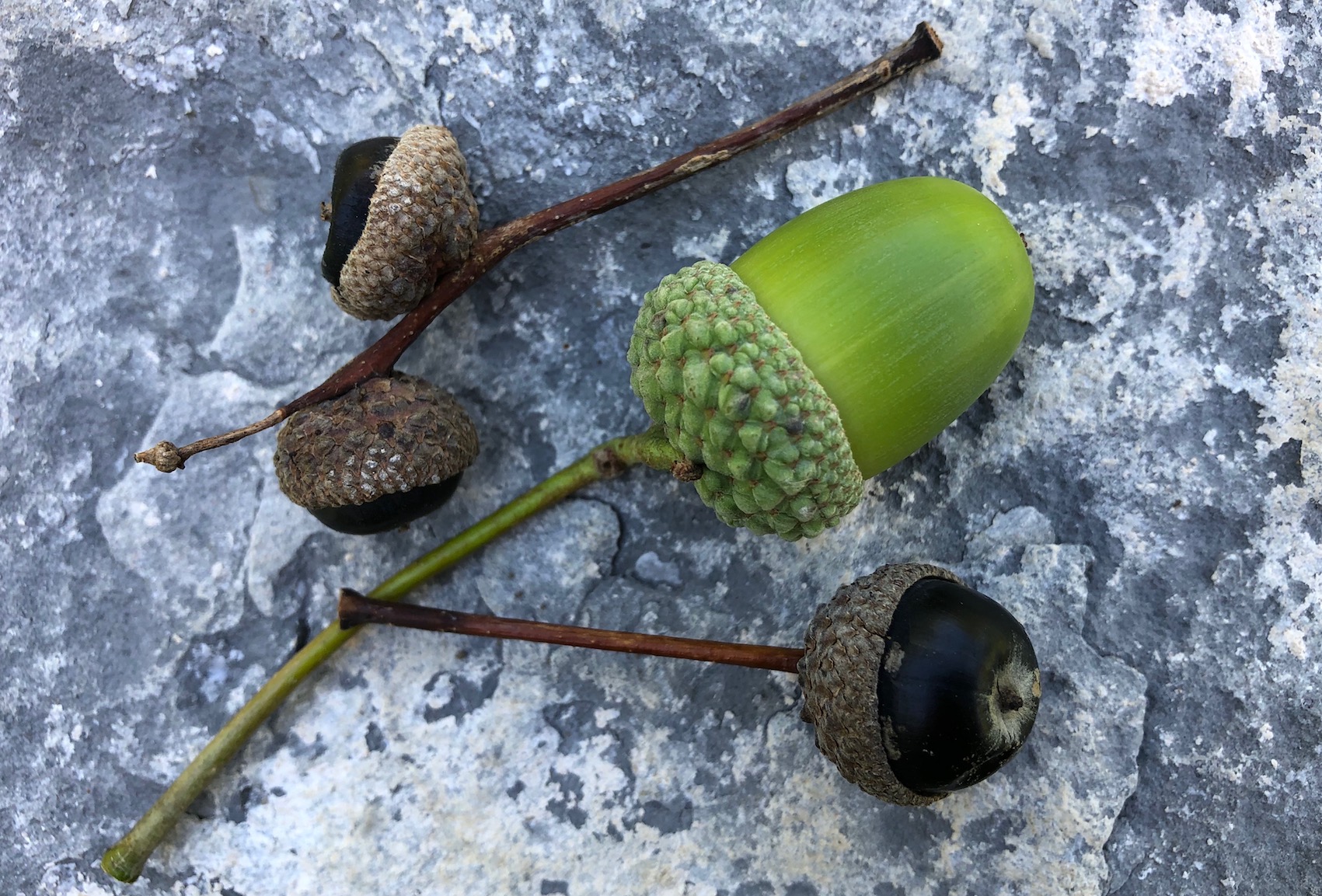 Marshwood’s oaks are shedding an unexpectedly large crop of black acorns this autumn. These are stunted stubs of nut with an eggshell sheen, barely rising in their brown cups. Long stalks show they are from pedunculate or English oaks, Quercus robur, one of the commonest native hedgerow trees.

I’ve found many under one particular oak that’s about 400 years old, whose massive, twisting, almost curly, branches overspan the lane. Its lower trunk has developed a huge burl, a woody, swollen growth, caused by long-ago injuries and beetle attacks.

Producing black acorns is a sign of stress. Immature seeds die mid-growth, with the stalk, or pedicle, withering on the twig. Some have hard shells but others are soft enough to split with a thumbnail, having been invaded by insects and softened by recent downpours.

Last year was a mast year when the vale’s oaks were glutted with acorns – that particular tree could have produced more than 10,000 nuts. Mast years are generally followed by meagre cropping or even barren years as trees recuperate their energy.

Long-term lack of water after a mast year can be particularly difficult for oaks, which need plenty of moisture. It has been unusually dry here for 18 months – during the winter there were patches of cracked earth. That was almost unheard of in a place where the isolated residents used to be nicknamed “stick-in-the-muds” because wet, churned clay made the roads impassable for five months of the year.

These dark acorns falling now are failed ones, shaken from the tree by the wind. Those that remain are fat and green with a faint bloom, plugged tight into their tea-cosy cups. They will ripen and tan in the next month or so, before bulleting the ground to be picked over by squirrels and deer. Jays will seize a good number, taking them off to bury as winter stores. Not all of these bird-planted seeds will be unearthed and eaten; some will survive and shoot, becoming saplings and one day, perhaps, mature trees.