Tied to the land – with bonds of withy 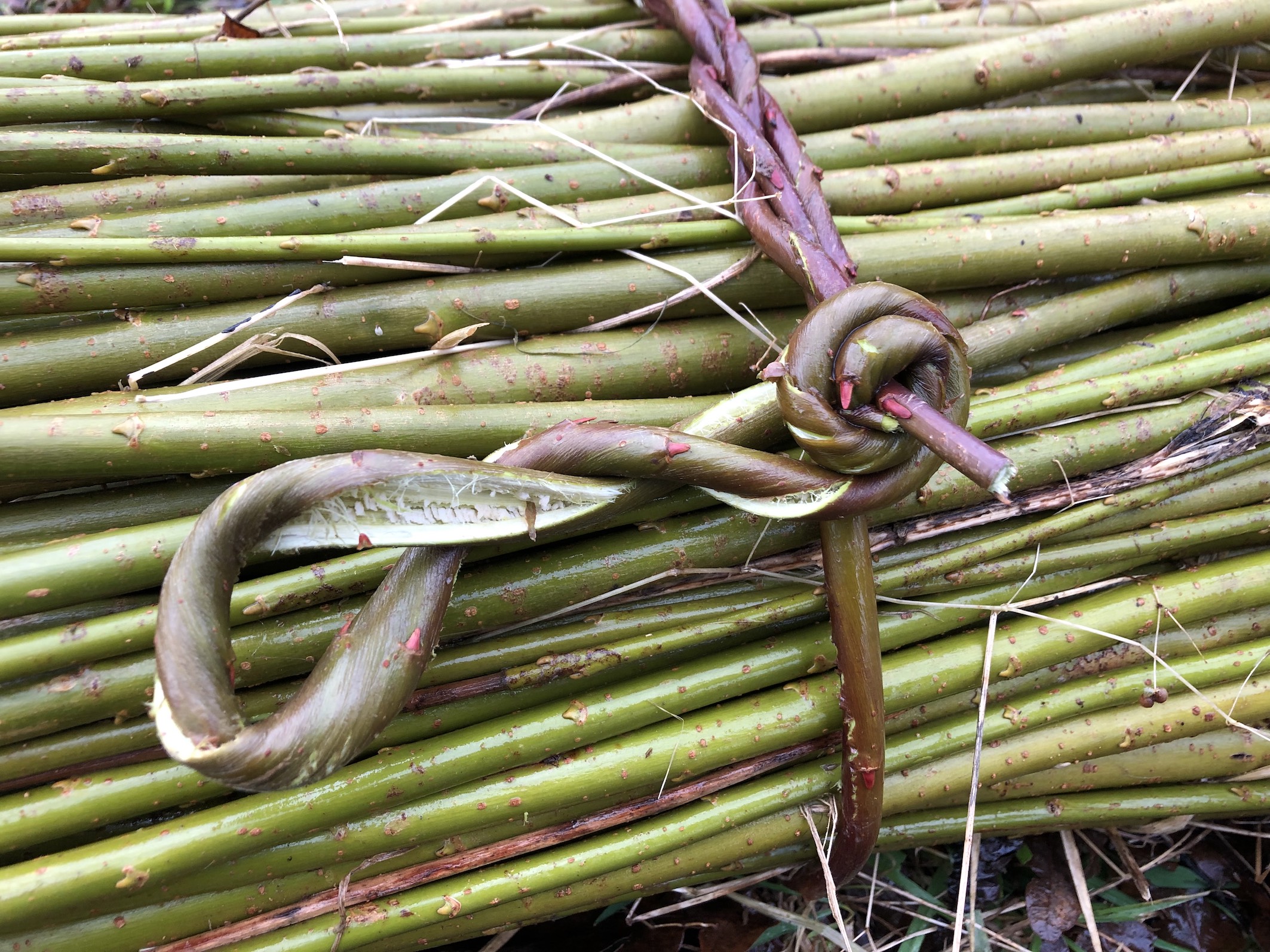 What would farmers do without baler twine? Blue, pink, yellow or orange, this thin, strong, polypropylene string seems to hold the countryside together. It ties up gates, zigzags crazily across holes in fences and lashes down tarpaulins.

Originally made of natural sisal fibre, baler twine was invented towards the end of the 19th century. Its primary purpose was to machine-bind hay and straw bales. But what did people use before industrialisation, when they had to rely on the materials immediately to hand? Withy, or willow, is one answer. Its slender, whippy stems have been used for millennia for weaving and fastening: the root meaning of “withy” is to twist or plait.

Basketmaker Malcolm Seal cultivates willow on his smallholding near Powerstock Common, north-west of Dorchester, where he also keeps curly-fleeced Gotland sheep. I visit on a day when he is harvesting coarse withies suitable for garden structures.

Willow grows fast in damp earth – in one year Malcolm’s plants reach nearly three metres high. I watch as he cuts the stems close to the ground and gathers them into bundles, known as wads. He secures each wad with a withy bond, a traditional tie made from a single, long stem.

There are several stages in making a bond. First, Malcolm takes a withy stem and whirls it clockwise – this is called cranking. There’s a small, dry pop as the fibres break, then he twists it and lets the tightened stem turn back on itself. He threads the straight end through the loop and then encircles the wad, before further cranking and coiling so the tie is held in place by its own tension.

That twisting, self-hold principle is an ancient method, used for all manner of materials: thatchers employed it to secure straw to roofs and hayricks. It even works for hair. In 1948, two men cutting peat in a willow-grown bog near Osterby in Germany uncovered a human head. The man’s long hair was held back in a distinctive self-tying fashion, similar to a withy bond. The Roman historian Tacitus describes this iron-age hairstyle – known as a Suebian knot – in his account of Germanic tribes, written in about AD98.

Malcolm sells handmade baskets, woollen yarn from his sheep, plus organically-tanned sheepskins and hogget meat. Contact him through the Instagram link in the article for more details.