On the Quantocks at dawn for the deer count 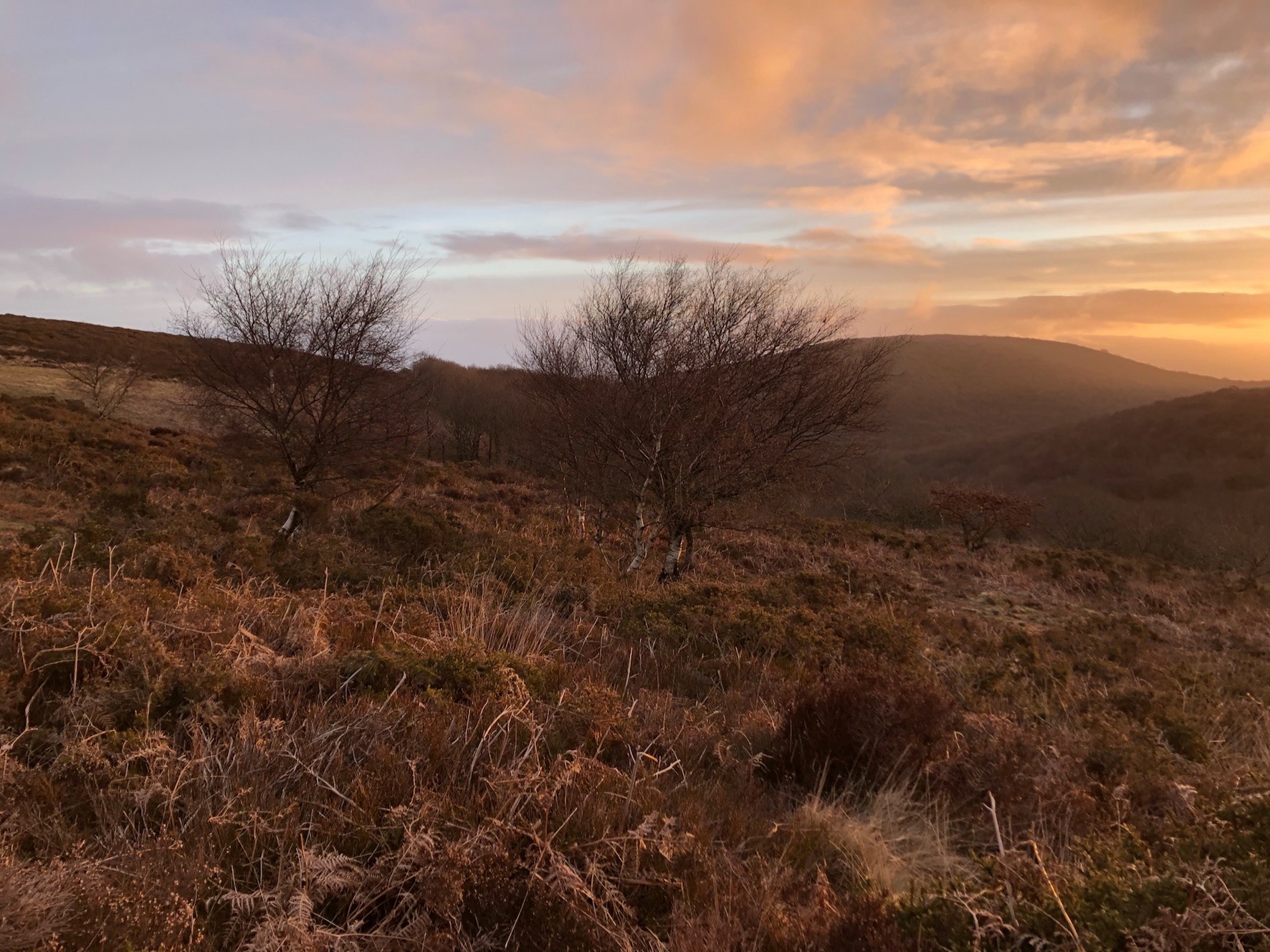 The skylarks rose with the sun over the Quantocks, pouring their song into the north wind sweeping in from the Bristol Channel. I was there just before dawn for the annual spring deer count. Volunteers spent two hours recording the number, species, location and type of deer seen across the area.

We were primarily looking for red deer (Cervus elaphus), the largest of the six deer species living wild in Britain. Herds of 60 or more are not uncommon and I was hoping to see a big group. But the cold had pushed them to shelter out of sight in the wooded combes.

I was allocated one of the highest and most open sections, three miles of gorse and heather running down to the edge of Holford. From the ridge of Hare Knap, you can see the flat coastline far below and the construction cranes working on the nuclear reactor at Hinkley Point. This was once William and Dorothy Wordsworth’s backyard when they lived at Alfoxton and paced these hills during the full moon of their friendship with Samuel Taylor Coleridge.

I was so focused on scanning the distance that I almost missed three hinds a few metres away on the fringes of the oak wood that fills Frog Combe. For about a minute we observed each other, the deer calmly curious. Their large ears stood upright, the size of cupped laurel leaves, pale fawn inside and edged with black.

Cautiously, I extracted a recording sheet from my pocket, trying not to crackle, and pencilled in their details. I was sure that my movements and the white glare of the paper would scare them away, but when I looked up they were still there, watching.

Then the one on the left nodded her head, and they began to move off, high-legged through the scrub, their dark-chestnut fur merging with the winter-brown bracken.

We noted 30 red deer altogether, all in scattered groups, mostly hinds and yearling calves. Overall, observers recorded about 545 red deer, slightly up on previous years, and 125 roe. Four muntjac were spotted on the fringes of the area, proof that this diminutive species is spreading westwards.

First published in the Guardian Country Diary column on 1 April 2021.