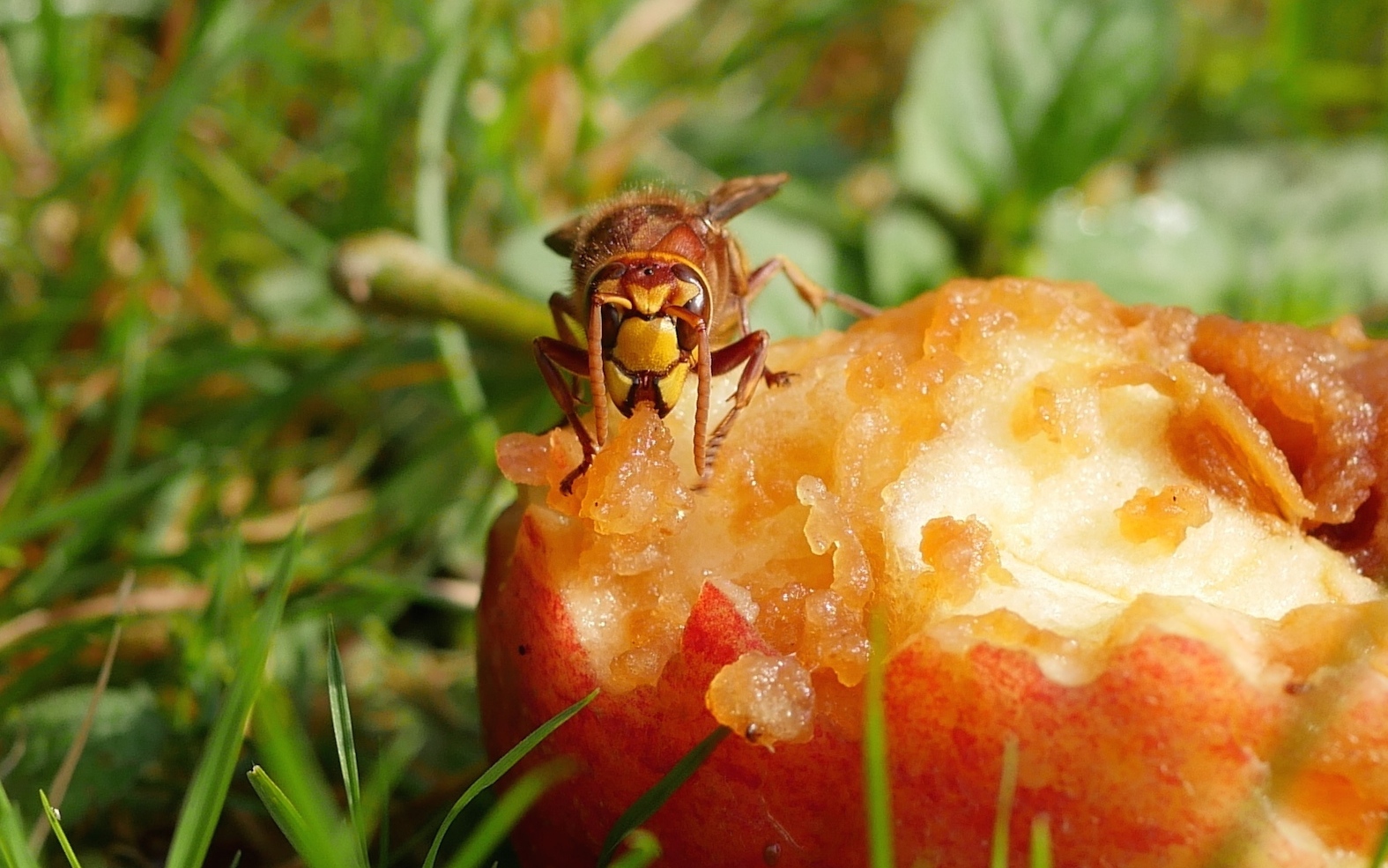 A Guardian Country Diary piece about the hornets nesting in our garden.

Going upstairs, I hear a deep, droning buzz, loud as a distant engine. Then the sound of crashing as something collides weightily with the lampshade. Sudden silence. Where has it gone? Ah, there she is, resting on the wall by the bed, banded abdomen poised and pulsing, brown legs spread, one antenna delicately patting the wallpaper. Vespa crabro vexator, the European hornet subspecies found in England south and east of a line running from the Severn to the Wash.

Unlike bees and wasps, hornets fly both day and night, preying on moths and insects. They are attracted to light and if we leave the bedroom window open on warm autumn evenings, they tumble inside. We have to turn off the exterior security light completely, otherwise it will be on all night as they dive-bomb the bulb, their bright bodies illuminated gold like sparks from a bonfire.

In daytime they nibble windfall apples on the lawn and suck juice from fallen mulberries scattered among the cyclamen. The workers survive on sugary liquids found in fruit and tree sap, catching insects to feed the brood and queen back in the nest. They grab their prey in flight, paralyse it by stinging and then dismember it with their powerful mandibles, discarding all but the meaty thorax.

This year they have nested in a log pile behind my beehives. Hornets hunt honeybees, but unlike the Asian hornet, Vespa crabro takes so few that it is no threat to a healthy hive. Their presence may even deter wasps from robbing the honey.

The hornet colony has passed its peak and the workers have begun to neglect the queen and larvae. They toil to feed the hatched males and new queens that sit on the comb eating all they are brought. One sunny day soon the drones and the new queens will swarm out and mate. Then the drones and the exhausted old queen will die. The new queens will find places to hibernate for next year, perhaps tucked in the thatch of our house. The last of the workers will survive a little longer, until about early November when the first frosts burn back the bracken.