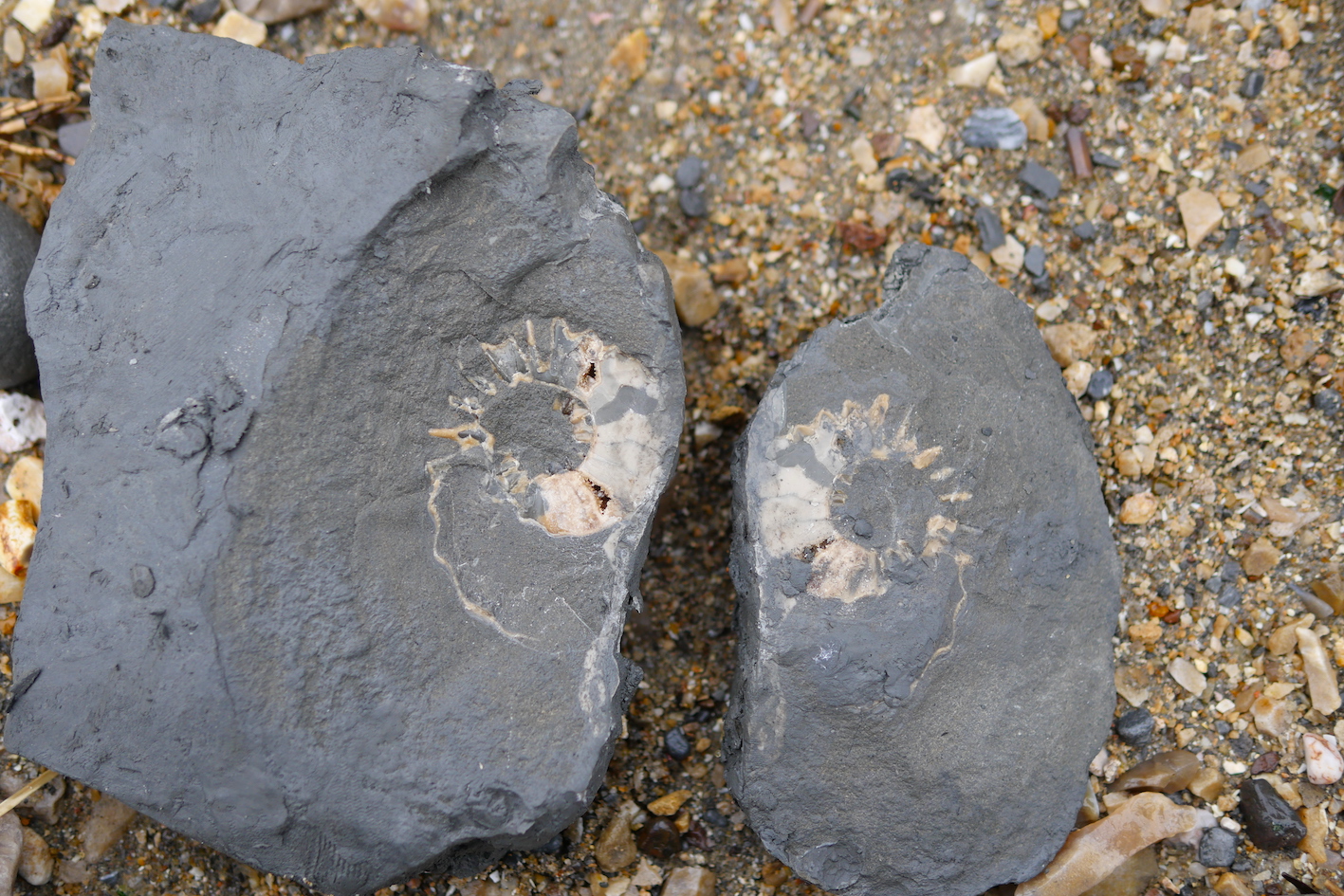 Hunting for fossils in winter on Charmouth Beach. A piece for the Guardian’s Country Diary column. (You can read the Guardian piece here.)

It is fossiling weather – wet and stormy with a strong tide and choppy sea. The cliffs above Charmouth Beach are running with water and the top of Black Venn is masked by fog. Trickles of soil and small stones dribble down the dark cliff face. This section of the Jurassic Coast is one of the most active landslip sites in Europe. One section has slipped in the last few days, sliding a great chunk of clayey rock and mud on to the shingle below. The sea is already dragging the fall away, the waves sucking into its soft base and pulling it out into Lyme Bay where the water divides: pinkish grey inshore and leaden slate far out in the English Channel.

Low tide exposes flat slabs of rock, slimy with sea lettuce, where oystercatchers paddle and probe. Towards the cliffs, a couple of fossil hunters mimic the birds’ slow, methodical searching, heads down, hands turning over broken rocks. They are semi-professionals, dedicated men who haunt the beach all winter, hoping that weeks of rain, gales and high seas will release treasures buried in the cliffs. The law allows them to collect what falls loose on to the beach, but not to dig into the cliffs, so they are reliant on finds tumbled out of the landslips or churned up by the sea. 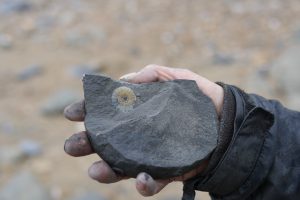 I stop to talk to collector Mike Harrison, who shows me what he has picked up. It’s all ammonites today, spiralled like rams’ horns. The smaller ones have the yellowish translucency of old toenail clippings. The biggest one has split in half, its curled shape a salty white bruise of crystallised selenite. It’s more than 160 million years old, from a time when the coast was covered by a warm, tropical sea.

These cliffs have been acclaimed for fossils since the 19th century when Mary Anning, a pioneering collector from nearby Lyme Regis, found ichthyosaurs and plesiosaurs. It was hard, dangerous work; in 1833 she nearly died in a landslip that killed her dog. It’s still risky to go too near the cliffs. Even at a distance you can hear the blue lias rock ticking and clicking, preparing to fall again.